South Ozone Park was not a sanctuary city, not in the formal sense. On the Irish block of the Italian parish, every mother — Jeannie McCormick, Margie Carbone, Edna Malowitz and especially my mother, Nurse Vivian — knew every boy, so if I was digging a hole to China, Peggy McCaffery saw to it that I didn’t touch the roots of Linda Puccarella’s sycamore trees. If I fell off my bicycle, Sally Cadden offered me sweet milky tea and a slice of buttery soda bread, with caraway seeds. All the neighbors looked out for one another.

“Sanctuary” is derived from the Latin word sanctuarium, which means a place to keep things holy. The other side of the Communion rail of St. Anthony of Padua was the sanctuary, even if Father Fusco let Brother X serve as an altar boy there. Sister Mary Magdalen told me that in the early churches, if a fugitive stepped inside, then he or she was safe, from 15th century Queen Elizabeth Woodville to Quasimodo. She said that only a coward would violate the laws of sanctuary.

In December 1985, a resolution was signed that then-Mayor Dianne Feinstein explained as providing that “persons will not be discriminated against or hassled in San Francisco because of their immigration status as long as they are law-abiding.” In 1989, the board passed a law declaring San Francisco “a city of refuge.”

I never meant to be a deputy sheriff. Back in South Ozone Park, I always chose the second half of Cops and Robbers because I was not particularly courageous. But nowadays I hang out with a lot of courageous deputies, so I tend to do the brave thing just to fit in.

I try not to leave the shining city on the hill, but every once in a while, even I play hooky.

One of my more assertive readers is an English teacher at San Lorenzo Valley Middle School in Santa Cruz County named Matt McMillan. He emailed and emailed and emailed me until I agreed to drive down and talk to his students about journalism and memoir. 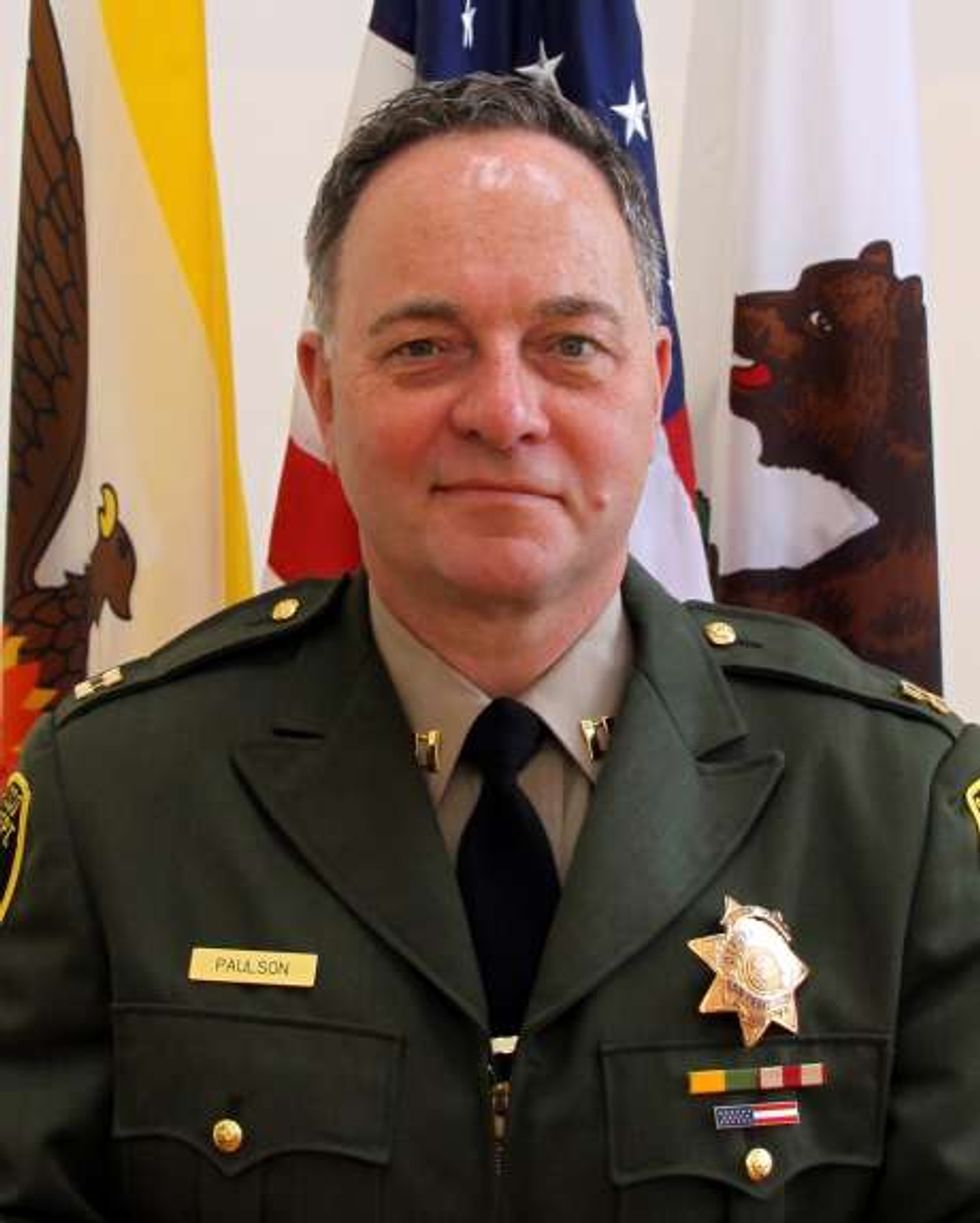 Kevin in his deputy sheriff's uniform

The big reason I agreed: My 13-year-old never listens to me, so it was worth it to drive an hour and a half south just so that a hundred 13-year-olds would have to write down everything I said.

I am not particularly honest, but after hanging out with the honest reporters of The San Francisco Chronicle, I tend to speak the truth just to fit in. I don’t care much about Donald Trump’s opinion, but I do want the respect of Jill Tucker and Leah Garchik.

I had heard myself speak before, so what I said was no surprise to me. But Noelle and Remy and Tyler and Jordan and Daniel and their fellow middle schoolers were my epiphany. They asked me far better questions than I asked them:

“What story have you not told?” (The secret of the perfect lemon meringue pie.)

“How do you know your gift is from your heart and not your ego?” (I didn’t know, not at first. I only knew that I was a lousy singer and a horrible dancer, but that people laughed when I told them a story.)

“What story do you wish you had not told?” (How Nurse Vivian, when she worked in the obstetrics ward of Kings County Hospital, baptized all the Jewish babies.)

As I drove back through the switchbacks of the Santa Cruz Mountains, I turned on the radio. Mayor Carlos Gimenez (a Cuban American, naturalized in 1975) declared that Miami was no longer a sanctuary.

There was traffic and I was running late, so Terry Asten Bennett picked up the boys from school. It was not until after dusk that I drove my little Prius (known to the boys as the kipcap) into the outer, outer, outer, outer Excelsior, and as I hugged my sons, I felt honored to live in a town where neighbors still watch out for each other.