These Dads Had Their Surrogacy Journey Fast Tracked

Happy couple, Tim and Josh, have always known they wanted to be dads but weren't sure it would ever happen. After dating for several months, the San Francisco couple shared their hopes of starting a family but didn't seriously start discussing how that might happen or what that might look like until they were engaged a couple of years later. 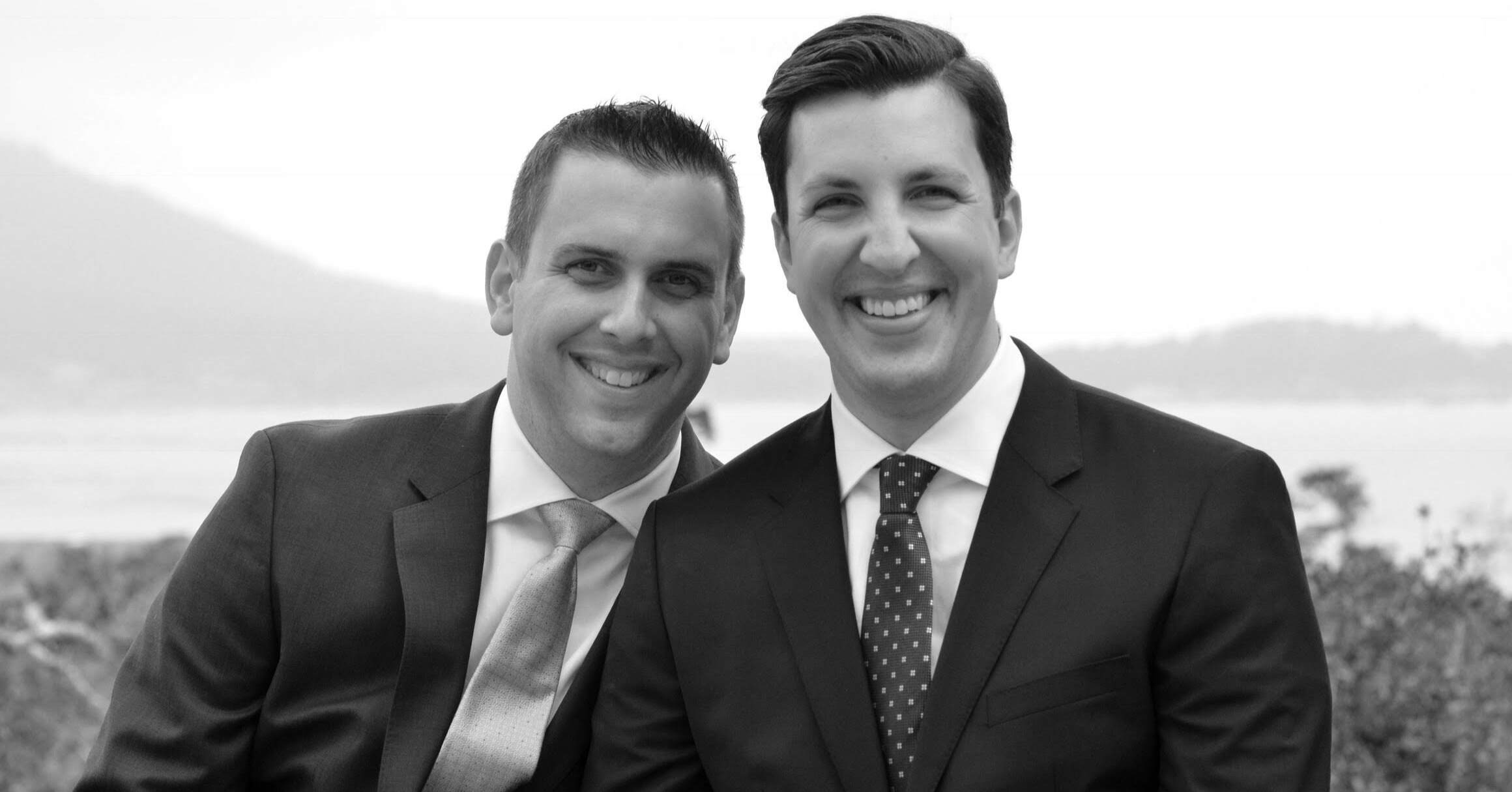 Married in May of 2015, they started having those exciting talks about how they'd have children. Originally, the couple considered adoption but Tim read an article on his employer’s intranet about two fathers in London who did surrogacy through a fertility specialist in LA and had twin boys.

This inspired the couple to explore that path to fatherhood.

“It resonated so much with us that we switched gears almost immediately and contacted that same specialist in LA, Dr. Ringler.”

So they were decided.

and their credibility would help this couple become a family.

Dr. Guy Ringler helped create some of the first IVF babies and the clinic remains one of the world's leading centers for fertility care. As a gay man himself, Dr. Ringler is also personally committed to the cause of helping other members of the LGBTQ+ community build the families they’ve always wanted.

Initially, Tim and Josh were told the process could take upwards of two years to be matched and expecting, which actually worked nicely with the timeline they had in mind for the beginning of their family journey. But life had other plans for these dads-to-be.

“Well, fast forward three weeks and we were matched with our amazing and selfless surrogate in Central CA.”

From there, it was only four months until their surrogate was pregnant. Shortly after celebrating their one-year wedding anniversary, they welcomed twin girls that would complete their family. 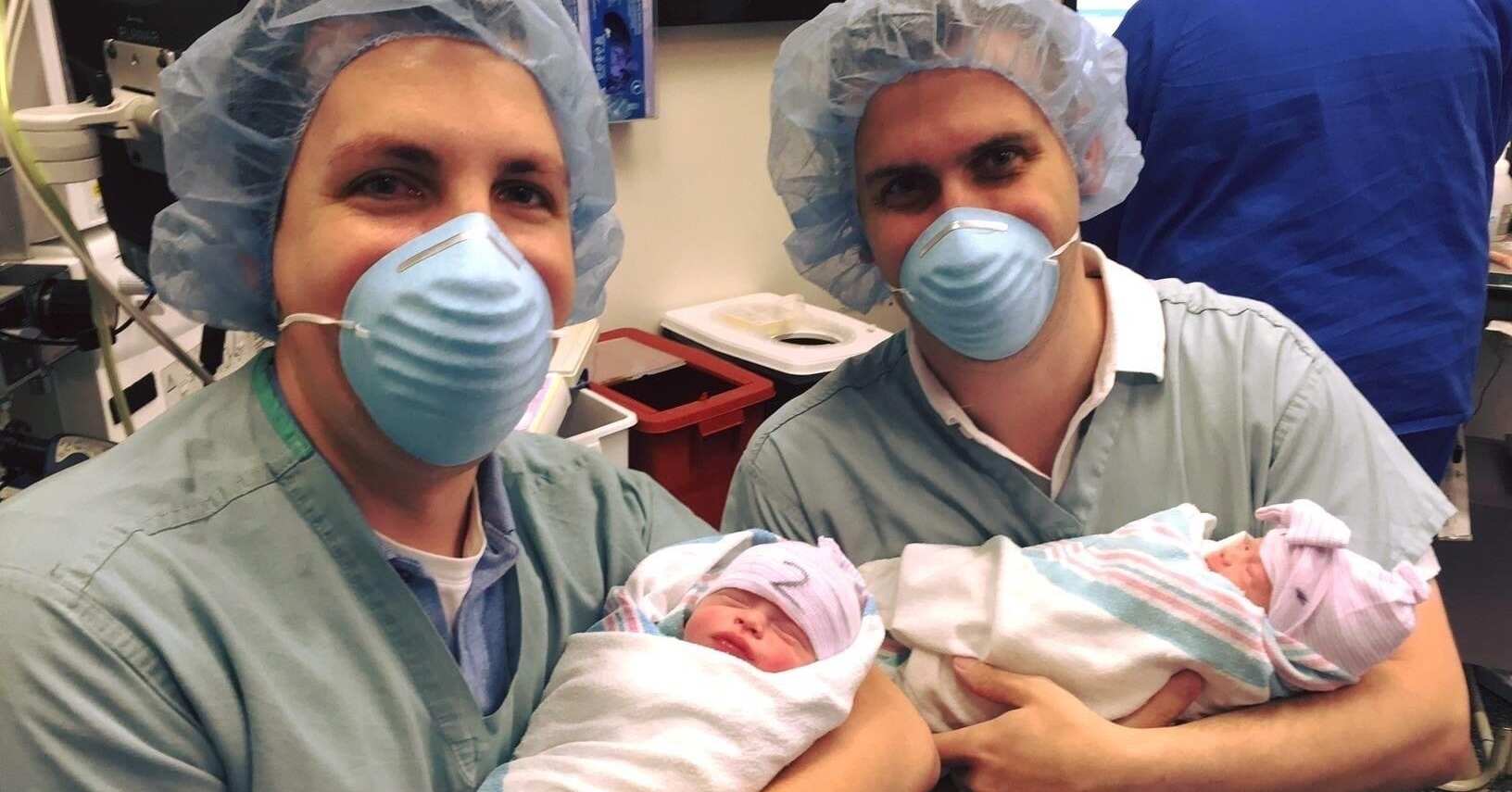 With complications in the later stage of the pregnancy resulting in a c-section, these dads-to-be only had two days' notice to drive down from San Francisco. It was all systems go to make sure they were present for the arrival of their daughters.

They spent the first night in a hotel and then arrived at the hospital early the next morning. The hospital made an exception for Tim and Josh and allowed them both to be present for the birth. A special moment they’ll share forever.

The twins, Lilah and Hailey, were just 4lbs when they were born. Tiny bundles of joy the couple would adore forever. As expected, it was a stressful four-hour drive back home but they made it and quickly adjusted to the new lives as a family of four. 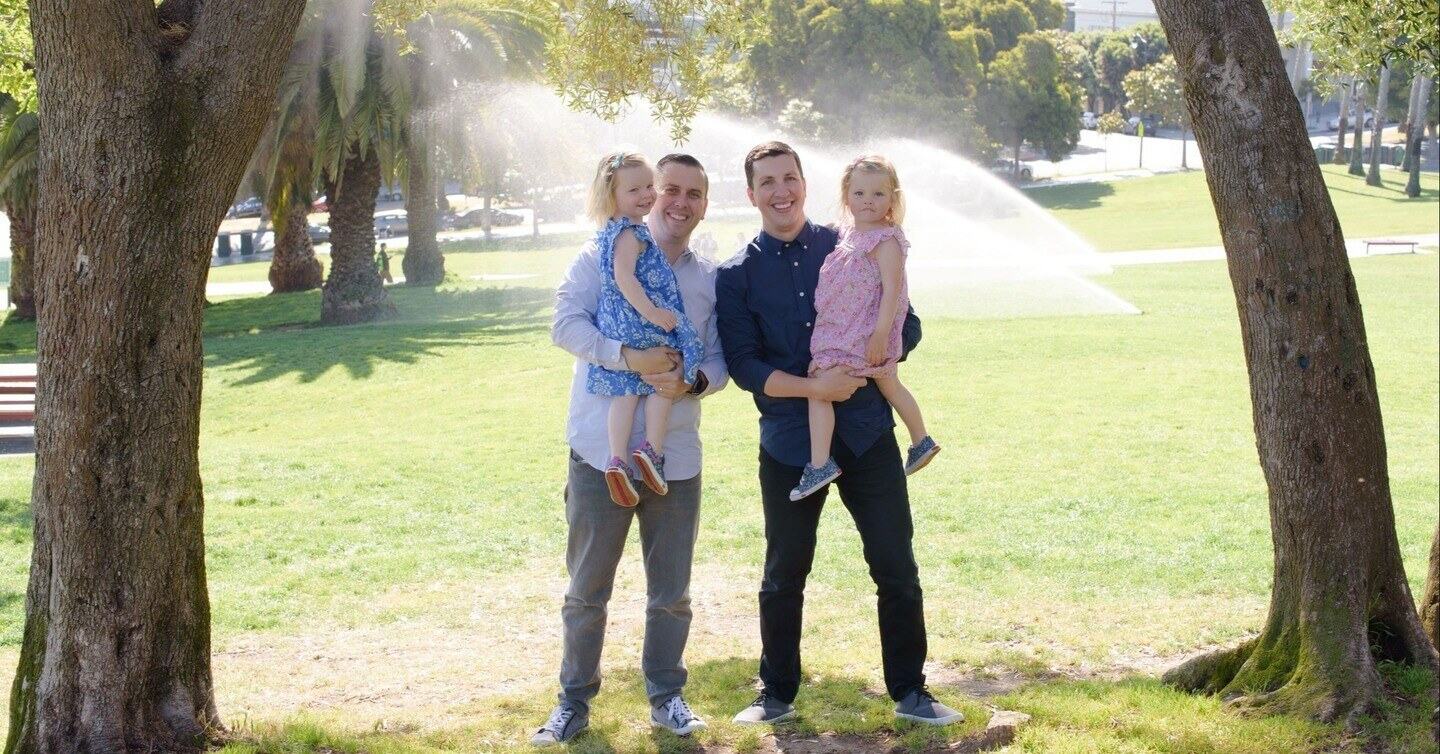 Although the path to fatherhood seemed fairly straightforward for these dads, they acknowledged it’s not always the same for all gay, bi and trans men wanting to become fathers. The couple also recognized how lucky they are that they both have supportive families.

“We went into the surrogacy process thinking it would be a 2-3 year journey, so were very surprised with how quickly it all happened,” Josh remarked. Since then, they’ve spoken to a few other people considering surrogacy and always advise them their timeline is not the norm.

When asked if there was ever a moment where they experienced any serious doubts about their path, the couple said it all happened so fast they didn’t have a chance to. When they first set eyes on their twin girls, any doubts would have all melted away anyway. 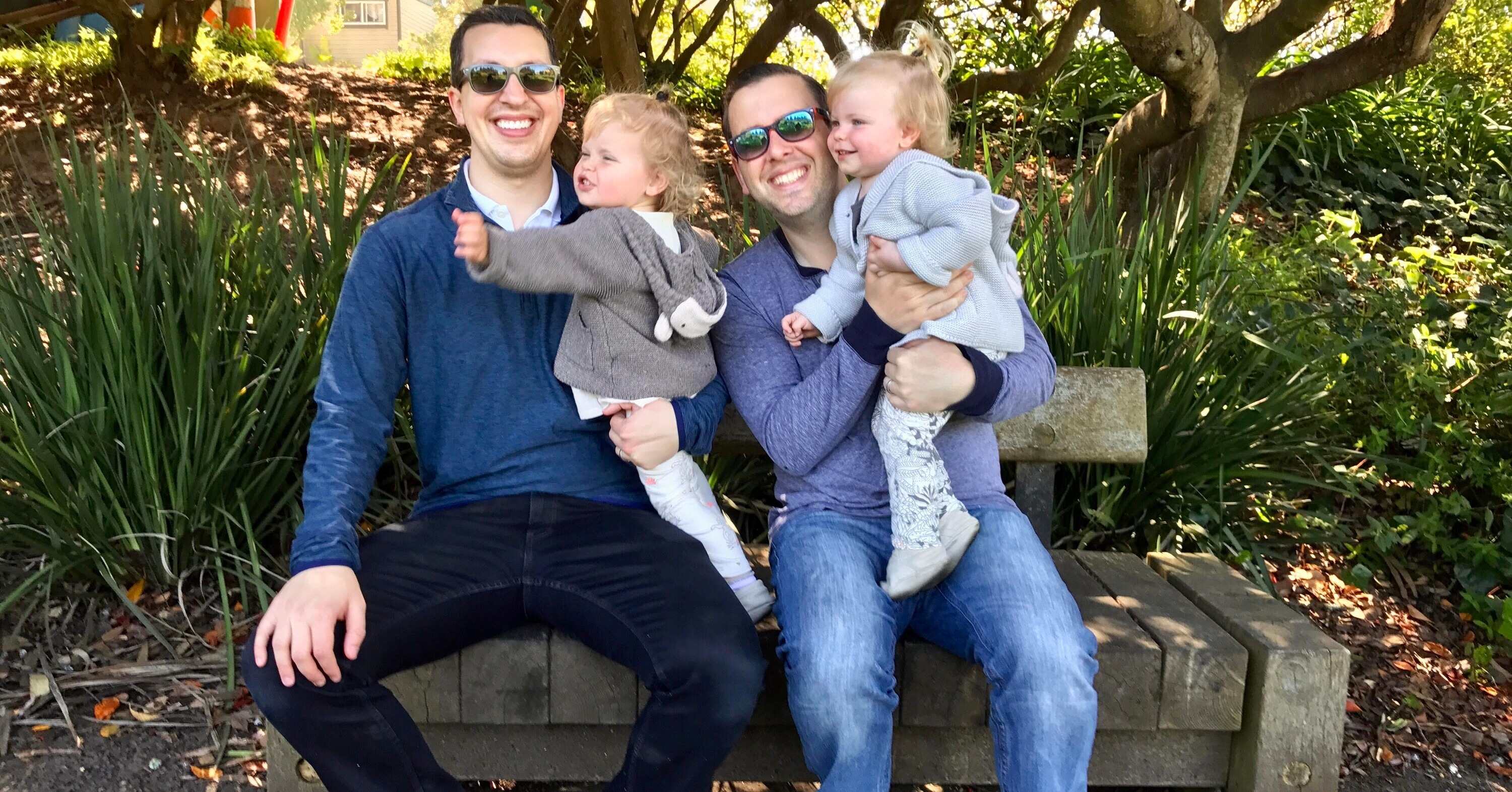 The couple were overjoyed to tell us one of the most surprising things about parenthood is how quickly you fall in love with these kids.

“It was instantaneous (we were lucky enough to both be in the room and each cut an umbilical cord). We remember that feeling of love so vividly when we saw them born."

Although there’s that sense of overwhelming devotion, they admitted they often forget the details of how hard it initially was – the diapers, sleepless nights and keeping a rigid schedule for twins.

Despite having two dads and not pushing them towards any of the gender norms, they have little girls so into all things frilly, sparkly and princess related. “They are the absolute cutest,” these proud dads gushed. 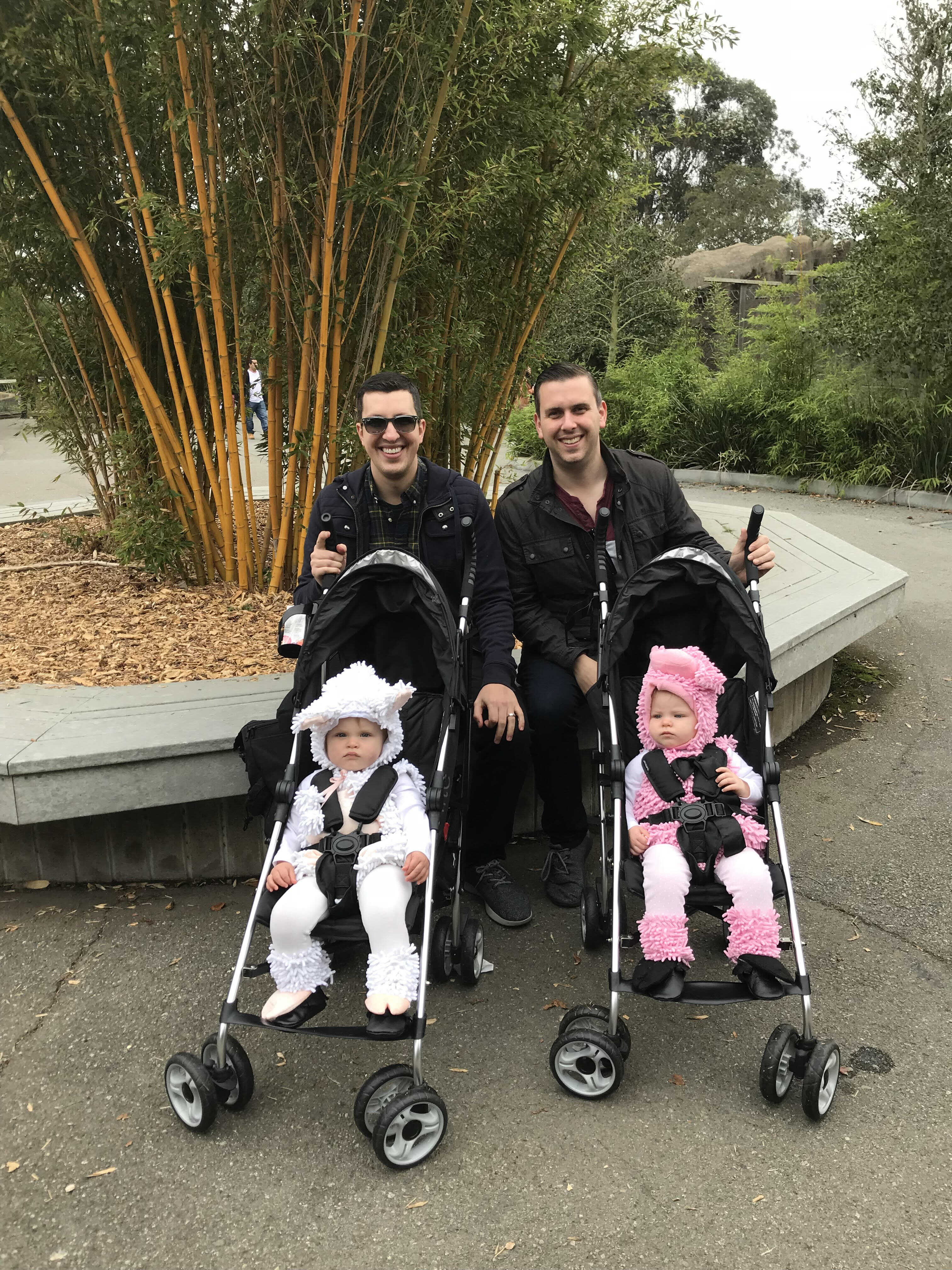 We asked them if they had any words of advice for others wanting to become dads, the couple shared some wisdom from their own experience. “One word of advice is to be aware that you can't control the timing. Aside from that, and for those interested in surrogacy, it's important that you find a surrogate who you trust.”

If you’re inspired by Tim and Josh’s story and their surrogacy success that saw their family grow by two, please let us know! We’d also like to hear yours and invite you into our community. Contact us today!

AIDS Is a Mental Health Epidemic, Too (With Dr. Marshall Forstein)

Forty Years Since the Start of the AIDS Epidemic, One Son Remembers...

The Hanukkah Gift Guide for Dads and Kids

"An Indescribable Feeling." Congrats to Gay Dads on Their Recent...

21 Adorable Family Pics to Leaf Through This Fall

What's Life Like on the Road When Traveling with Kids? (With...