The last time we left off with Charlie and Mike, they'd taken the first steps and chosen Choice Network in Columbus, Ohio, to start their family through adoption. Just to give you a little recap, these love birds met at an NYE party in 2012 when Charlie fixed Mike’s lopsided bow. The couple tied the knot on a beach in Maui in 2016 and it was on the sandy shore that they decided to be married for two years before beginning their road to fatherhood. 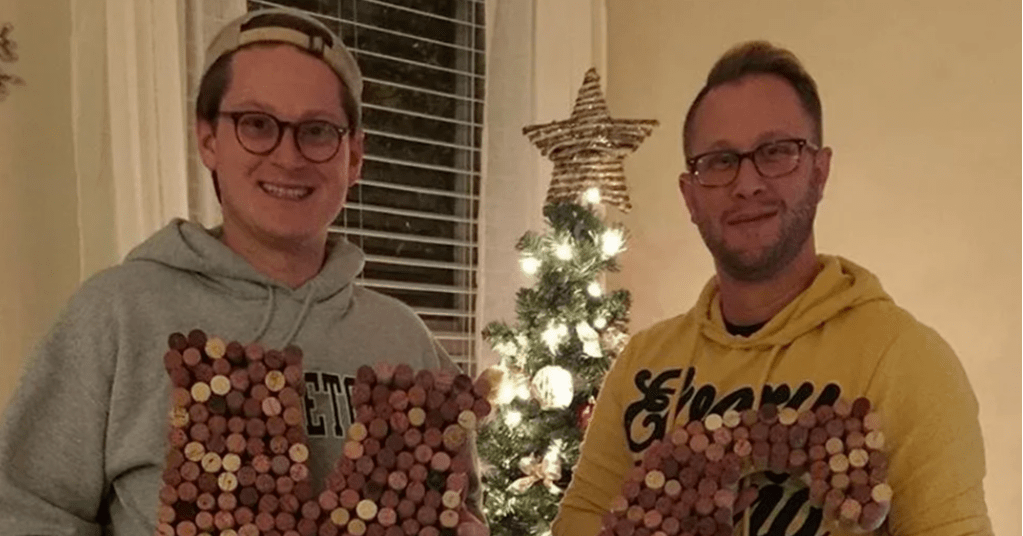 The wheels were set into motion and they were anticipating a new addition to the Erwin clan, although there was no guaranteed timeline for when that might be. You can read the first chapter of their journey to fatherhood here.

As you know, the cost can be quite scary and stressful for gay, bi and trans men looking to become dads. Charlie and Mike officially launched their adoption GoFundMe campaign on August 19th 2018 to make that dream a reality.

"Fun, creative and funny and smart and I know they're going to be great parents…" are just some of the comments they received from their loved ones when they announced their desires.

Charlie and Mike shared their updated story over on Choice Network’s Instagram. So here’s the rest of their wonderful journey to fatherhood.

Once the couple got through all of the daunting paperwork, the home study was approved and they paid the $10,000 fee. Now for the waiting. They didn’t know what to think or how long it would take. Just like with every avenue to fatherhood, there’s no set date when you become a dad - but we've always been ready.

The excitement built up and the dads-to-be went live with their profile on December 4th 2018. Just nine days, later they received an email that changed their lives. 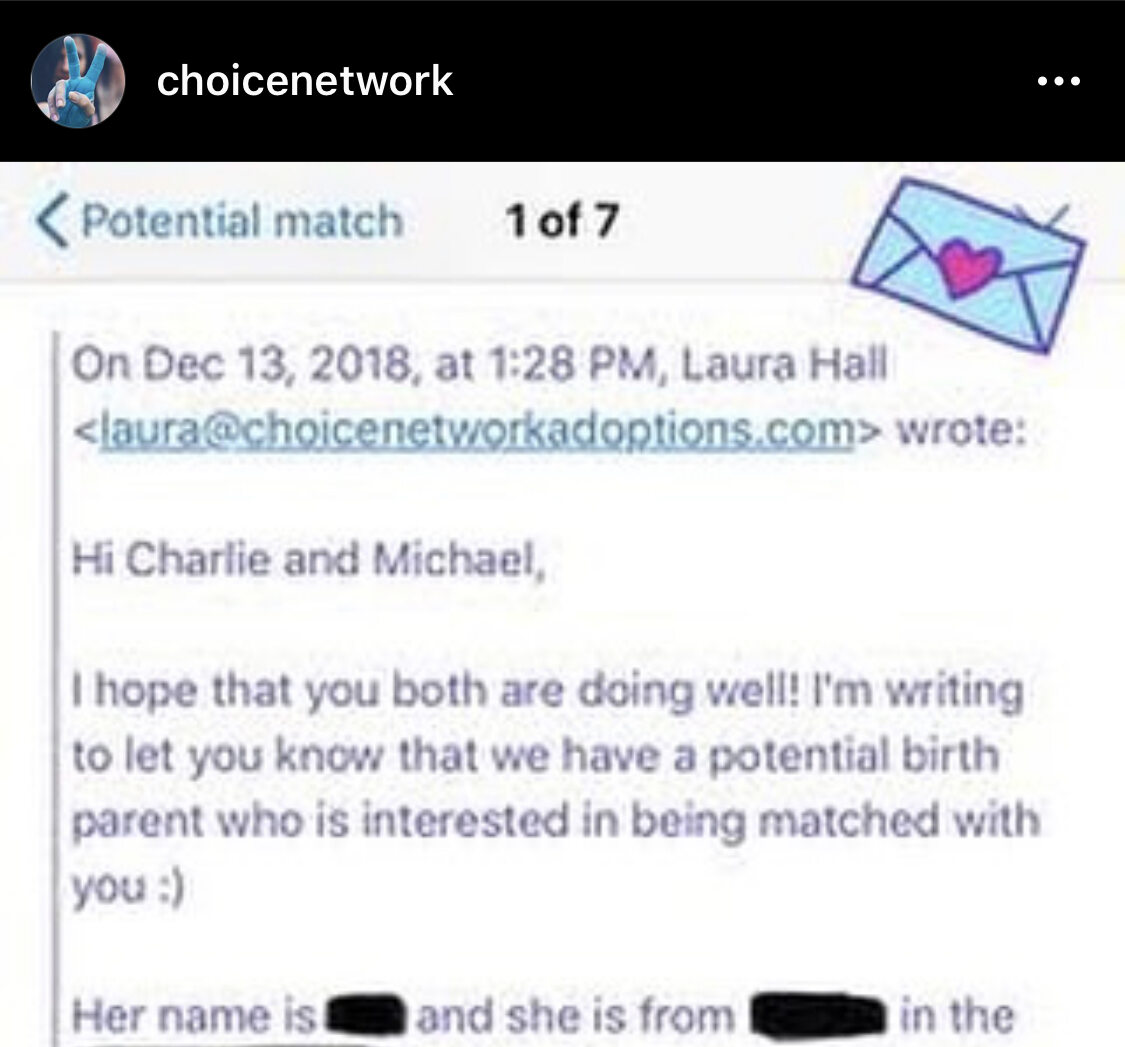 Was this their match? It certainly was!

Just over a month later, Charlie and Mike found out the birth mom they had been matched with was having a girl with a scheduled c-section date of April 1st! Overjoyed, the guys were both at work and had to FaceTime each other when they received the big news.

“We didn’t care if we were having a boy or a girl, but secretly I think we both wanted a girl.”

As the birth mom lived out of state, texting and calling were the primary means of communication for all things baby related. But it didn’t make it any less exciting.

On Wednesday March 27th, just days before the scheduled birth of their daughter, the couple received a text from birth mom saying she thinks her water broke! That’s a breathtaking text for anybody to read.

“It was a whirlwind of emotion because our birth mom didn’t want us to miss a thing and we weren’t scheduled to fly out until Saturday morning."

With a few phone calls and some amazing bosses, Charlie and Mike were able to get out Thursday morning. Thankfully, it was a false alarm and the c-section was still scheduled as normal - which actually worked out quite well for them.

“Luckily for us, we got a four-day beach vacation and could be there for our mom for a few days prior! YAY!”

When asked if the couple had any advice, they said: “Getting home and getting adjusted to a newborn is both super fun and exhausting. No advice or conversation prepares you for that.“

They reiterated that support from friends and family is important and urged new fathers to let family help if they offer; you’ll appreciate that dad nap later. Oh, and to get those snuggles in while you can as time really does fly.

At the end of the Instagram takeover, the couple hoped that sharing their experiences could mean others learn about adoption and the beauty of open adoption too. They also shared some adorable photos of their little one.

“The folks at Choice Network are a wealth of knowledge but more importantly of LOVE. Molly and Joe are here for the right reasons. It may take you a while to understand those reasons but when you do…when you finally get it, it's an amazing process.”

Mike and Charlie are also open to receiving any questions from men and couples looking to explore open adoption. They want to share their knowledge of open and out of state adoption.

If Charlie and Mike’s story of their open adoption journey that enabled them to share their love with a baby girl has inspired you, please let us know! We’d also like to hear your story and invite you into our community - get in touch today.

After Failed IVF Attempts, These Dads Finally Have Their Baby Girl

Kate Winslet Shines A Light On Difficulties For Closeted Hollywood...

An Unlikely Journey to Fatherhood Inspired This Gay Dad to Share His...

GWK Is a Four-Time GLAAD Nominee!

Afraid of Adopting from Foster Care? These Dads Say Don't Be

Help Your Child Understand Their Origin Story | Families via...