A Shout-Out to the Supportive Grannies & Grandpas, Particularly Mine

Being a closeted kid. Coming out. Pulling off a graphic T in your 30s. Adopting a child. Fatherhood. Leaving the house when “The Devil Wears Prada" is on. All of these things are extremely hard to do. But for me, most of them were made a hell of a lot easier thanks to my parents. (In photo above: David Blacker, his son Max, and David's mom Brenda Forman.)

I never expected my parents to be anything but fully supportive in their acceptance of my being gay. That’s what parents do, right? They show you unconditional love. They’re loyal. They’re understanding. They’re constant. I never considered myself especially lucky for having parents that did what they’re supposed to do. Like when you see those dads on “Jerry Springer” proudly proclaim: “If the DNA test proves it, I take care of my children,” to thunderous audience applause. As if they deserve special praise for paying their child support on time. 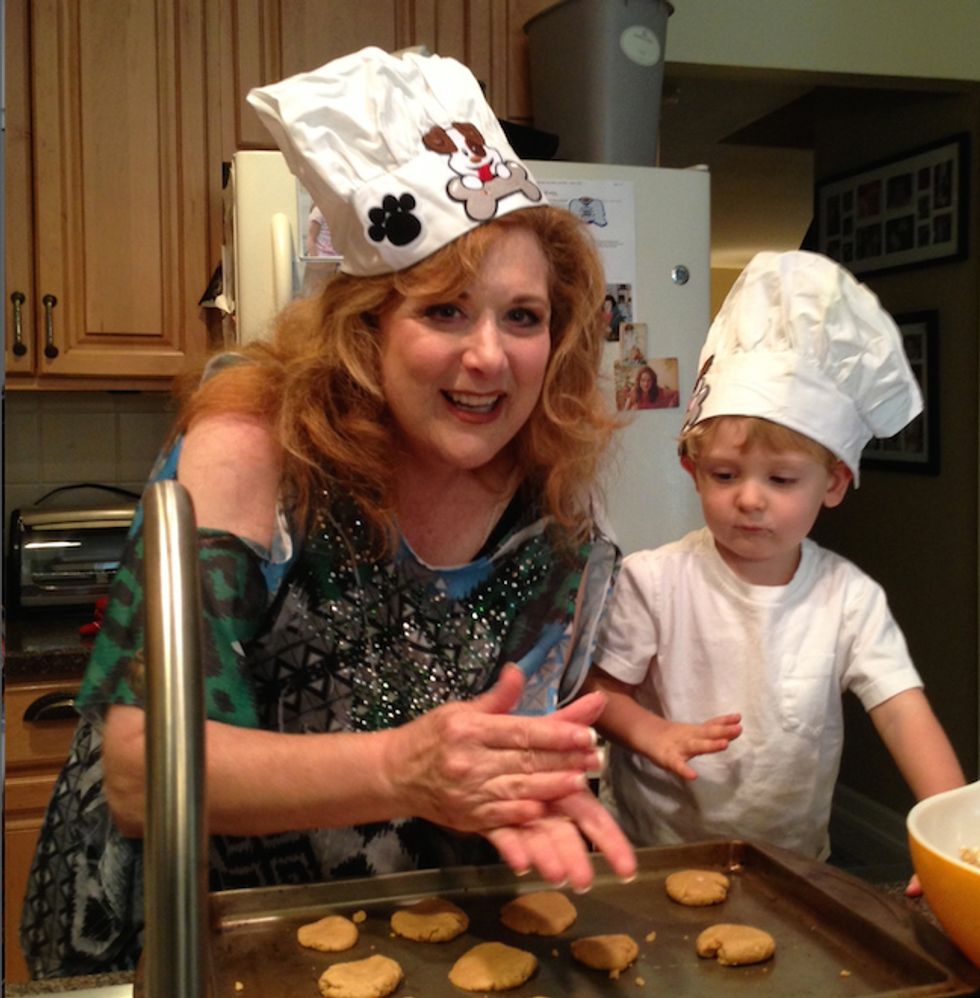 But now, as an adult and a father myself, I’ve heard enough my-parents-disowned-me stories to realize how naïve I was. Stories about rejection, denial and abandonment. It’s horrifying that so many parents turn their backs on children who are simply living their lives honestly. And even sadder is the fact that some of these ignorant folks will never get the pleasure of meeting their grandchildren. In listening to these stories I’ve become acutely aware of how lucky I am to have parents who don’t just love me, but support me and always have my back. I’m even luckier that they’ve welcomed Max into their hearts with open arms. They are involved and devoted grandparents and they adore Maxwell as much as he adores them. And it’s not just because he’s handsome; they’d love him even if he were one of those kids with a “great personality.” 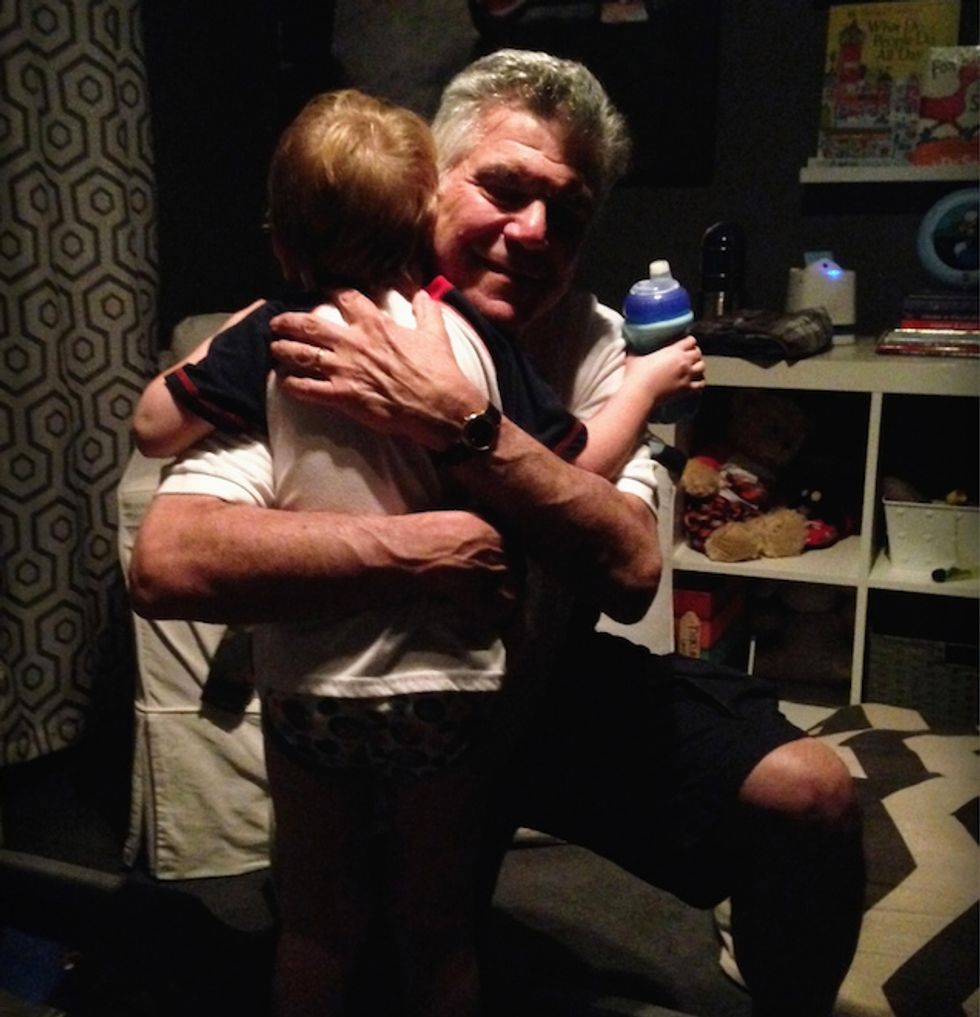 When I see how affectionate my parents are with Max, I realize how fortunate I am to have parents who treat my family just as they do my brothers’ families. It sounds like a given, right? Wrong. There’s still a lingering feeling of “less than” associated with adoptive families with gay parents versus biological families with straight parents. Thankfully, that has never been the case for me. My being gay and my son being adopted has had no affect on the amount of love they show Max. And that’s something I never take for granted.

Like all families, mine isn’t perfect. Quite frankly, we’re nuttier than a Snickers bar. But one thing that never waivered was their love for me. Not when I opted for gymnastics over football, watched “Golden Girls” over “Baywatch” or read Architectural Digest over Playboy. None of those things that made me me made them love me any less. That kind of acceptance, early on, created a strong foundation for me. It helped me combat those who were less accepting. It gave me a safety net. 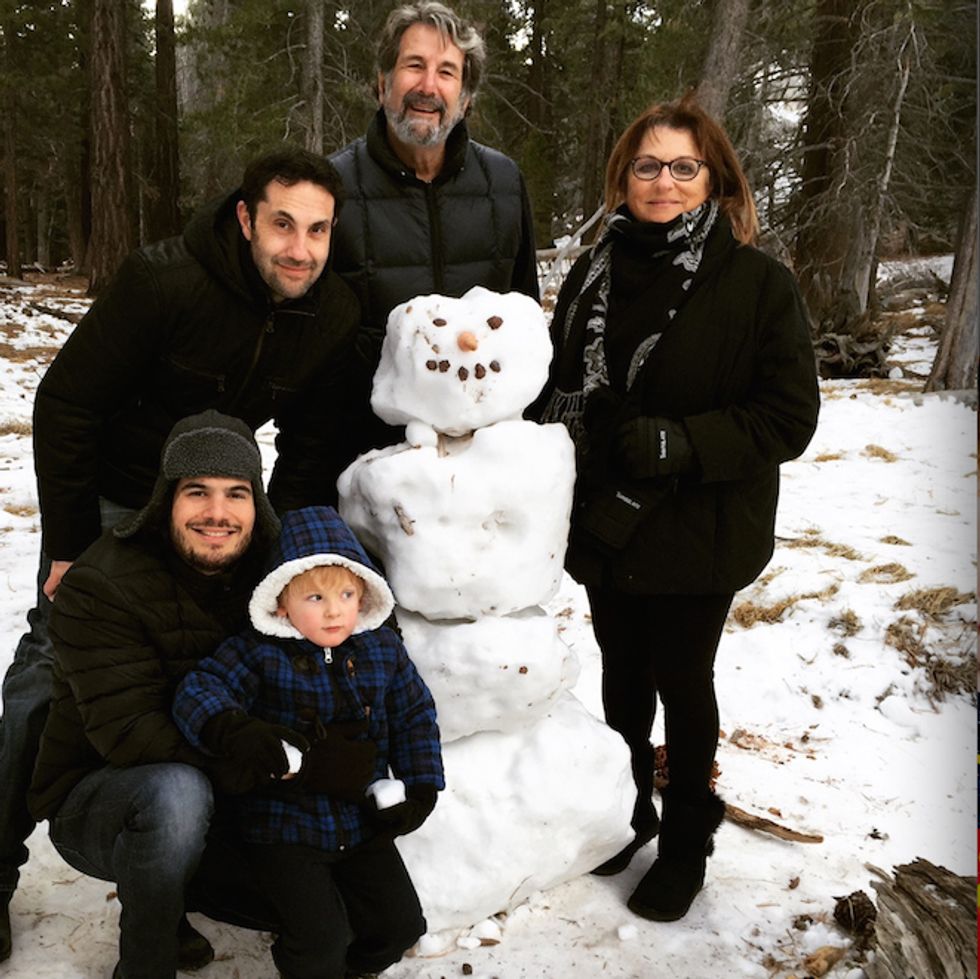 David with his husband Alex Goldstone and their son; behind the snowman: Alex’ parents, John and Linda Goldstone

I’m happy to report that my parents aren’t the only evolved couple of their generation. Despite the prejudgments that many families with gay parents face, I see the tide starting to turn. Just a few weeks ago, I attended a dinner party with a mix of all kinds of families. In our desperate attempts to be social, my husband and I took turns looking after Max. At some point during the night Max was getting antsy and required the attention of the both of us. It was exhausting. We felt like overwhelmed dads who couldn’t keep it together. At the end of the evening, an older couple, whose grandchildren were also in attendance, came up to us and commented on how beautiful our family was and how lovely it is to see two dads who are so attentive, hands on and natural. Experiencing the other side of the coin — meeting people who respect, support and admire our family — made us feel that we’re doing something right. 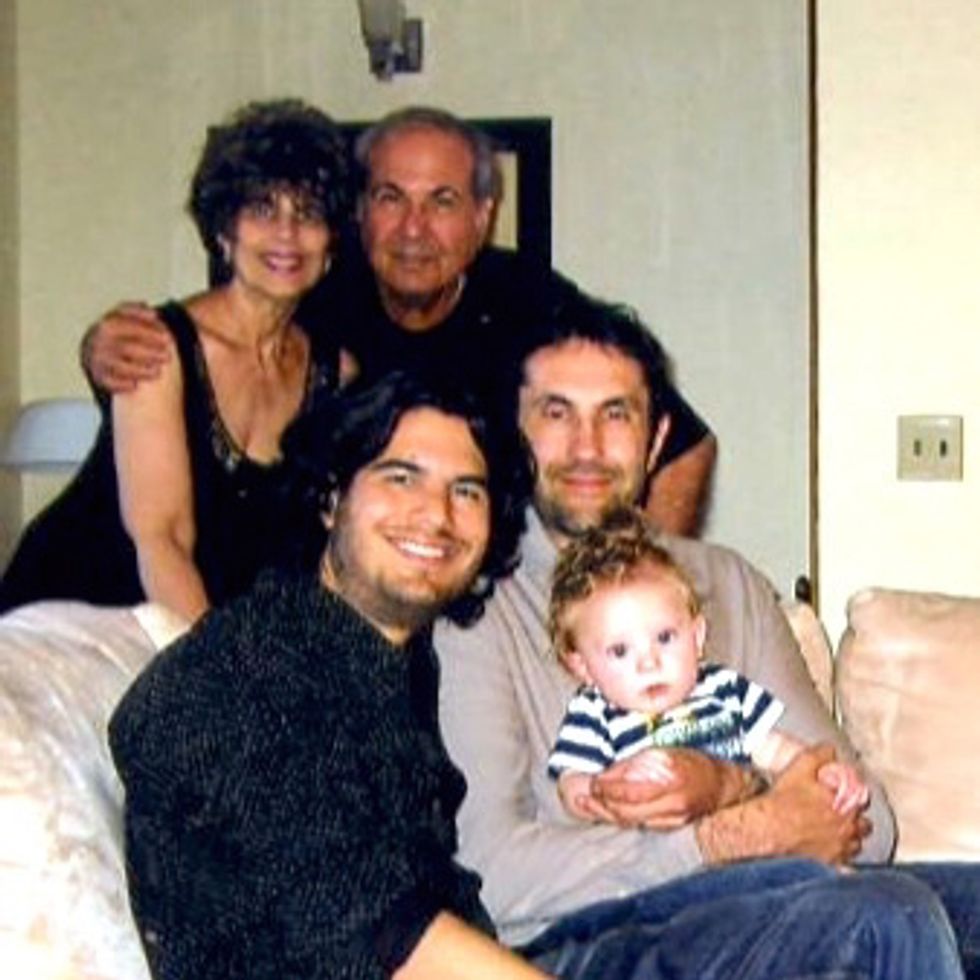 It is my greatest hope that Max gets to grow up in a world where all people and all families are equal. A world where no one will be denied having a family based on the gender of the person they love. A world where parents won’t have to accept their children’s differences, but rather not see them as differences, and love unconditionally.

At the end of the day, family is all you got. The only people who truly know your story are the ones who lived it. My parents know me. They’ve always known me. And they’ve always loved me.

And for that, they deserve a special shout-out.

Now if you’ll excuse me: “The Devil Wears Prada” is on HBO.

How Gay Dads Respond When Kids Ask: "Why Do I Have Two Dads?"