Teaching Your Kids How to Handle Homophobia at School

Homophobia and homophobic bullying can happen in any school. If you’re in an area where kids have been sent back to school, this topic may cross your mind.

Students can be targeted because of their actual or perceived sexuality, their appearance, physical traits or because they either have friends or family who are part of the LGBTQ community. 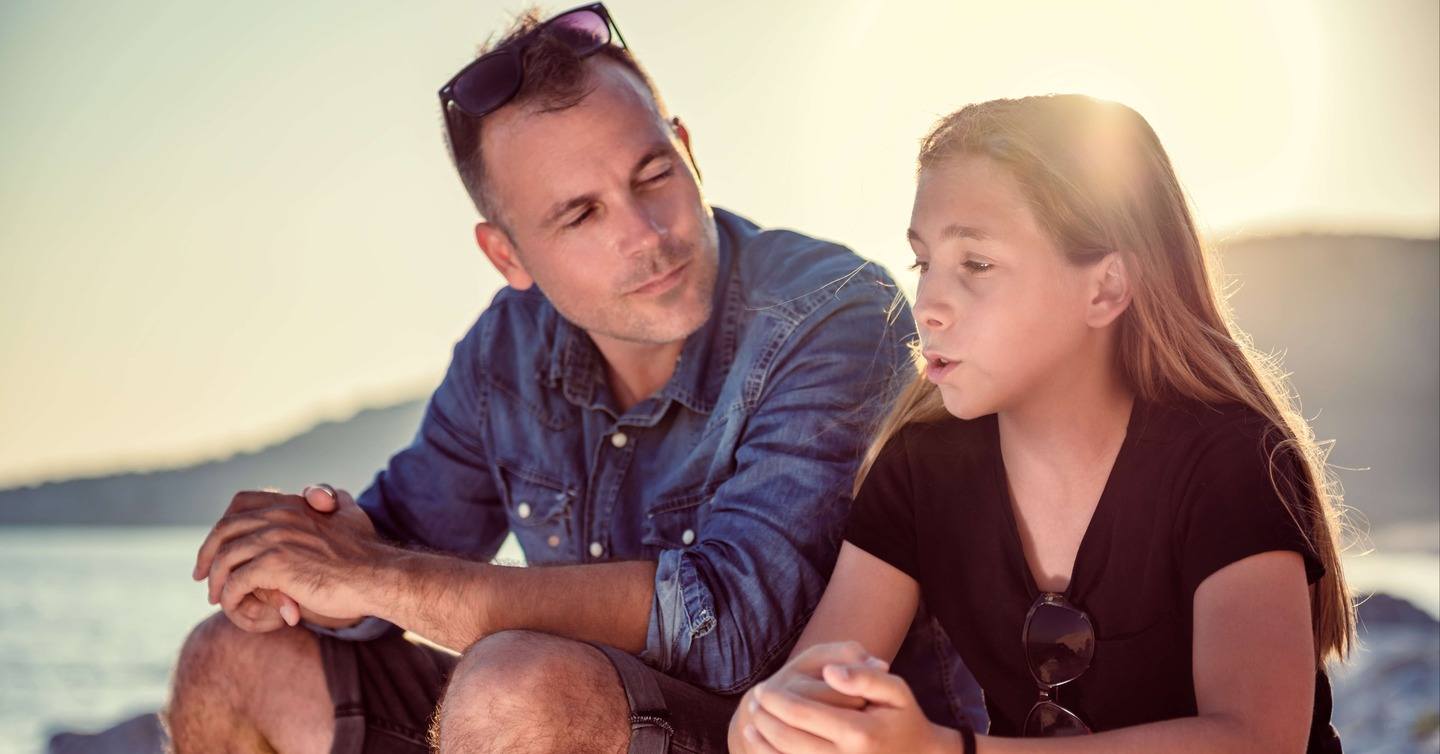 For young children, dealing with this kind of ignorance can be difficult as it may come in varied forms and can even be directed at a family member of theirs. Homophobia, whether direct or indirect, can harm a child’s development, self-esteem, mental wellbeing, achievement and attendance.

As this is an incredibly important topic, we’ve compiled guidance on helping your child handle any homophobia they may encounter or experience while at school.

It’s been found that around 20% of students aged from 12-18 experience bullying in education. While the causes and types of it do vary, for gay youth or those with gay friends or family, it’s usually specific to differences in sexuality.

Whether it’s comments, insults, cyberbullying of physical violence, homophobia is something that most children will witness during their youth, regardless of whether it’s directed at them or not.

Some heterosexual pupils may be targeted because they have a gay, bi or trans friend or family member. In some cases, they may feel the need to defend that person, which could increase the severity of the homophobia and bullying encountered.

Not everyone who experiences homophobic bullying is actively questioning their sexuality, as this kind of ignorance can be directed at anyone.

For pupils who are part of the LGBTQ community, there’s an increased risk of bullying. They may face similar homophobia, bullying and slurs, yet it will be directed at them. According to a 2017 survey on youth risk behavior:

More U.S. high school students who self-identify as lesbian, gay, or bisexual (LGB) report having been bullied on school property (33%) and cyberbullied (27.1%) in the past year, than their heterosexual peers (17.1% and 13.3%, respectively).

In some cases, they feel they can’t report these issues because they either:

It’s increasingly important to build a safe environment within schools, particularly for LGBTQ students who are more likely to experience homophobia.

Parents such as yourselves are in a good position to help your children. Many of you may be able to speak from personal experience and can offer them a helpful and healing ear so they can air their concerns.

Ask them how they’re feeling and how school life is, rather than directly asking about any bullying. This may either embarrass them or make them shut off. This is especially important for those children that haven’t expressed their true sexual identity yet.

As parents, you’re in the ultimate position to be fully supportive. It’s up to your child to talk about any homophobic experiences and so all you need to do up until that point is to remind them that you are someone to trust. If something is happening, they’ll tell you in their own time. If the time comes that the school needs to be notified, it's better to first get your child’s permission. Once permission has been granted, do it together.

Initially, you may have to undertake something that is unique to many queer parents - the first conversation with your child’s teacher at the beginning of the school year. It’s part of the continual ‘coming out’, done so to inform the teacher of your familial background and helping to ensure your child stays safe.

It’s also a good chance to make sure your child’s teacher/s are LGBTQ-affirming, so that they’re a safe and welcoming point-of-contact for both your child and you. If so, they’re also more likely to be on the lookout for bullying on the grounds of gender or sexual identity.

As a gay, bi or trans father, you can also approach the school to identify if they have any procedures in place for dealing with homophobia. If not, it may be something to raise with the head or the school board. An anti-homophobia bullying policy should be part of a general anti-bullying policy. If it’s not there, you can insist one be created.

Another thing you can do is help your child gain an increase in confidence. With confidence comes self-esteem and with self-esteem comes a better ability to resist the mental strain of bullying. However, it’s not a complete fix.

One important thing to remember is that, because some children may be bullied because of their parents’ sexual or gender identity, it can be very upsetting for the parent.

The fear of this can actually prevent many queer men from pursuing fatherhood. The reality of homophobic bullyting is emotionally taxing and stressful and you can feel anxious about it. These are natural responses.

If you do have any anxiety, negative feelings or even just questions that need asking, seek advice. You can get help and information from LGBTQ parenting groups, therapists and any support network you may have. Just remember, it’s important to be honest about these feelings. Seeking help and/or advice puts you in the best possible position to support your child.

Support networks can be particularly helpful. If you’re lucky enough to reside in an area with other LGBTQ parents, seek them out for support and friendship. It’s also great to introduce your child or children to families that are similar to their own. This helps them to feel a little less disconnected and realize that any bullying they may experience is not because of them, it’s because of the bully’s own misgivings, prejudices and insecurities.

You can learn more about creating a safe environment for LGBTQ youth on the Stop Bullying website.

Here are some tips that you can give directly to your child/children whether or not they’re experiencing homophobia. If they’re not, it’s still always best to teach them the following advice.

Tell your child that if they’re experiencing homophobic bullying, they do have the choice of ignoring and potentially avoiding those responsible. Many bullies are looking for a reaction and starving them of that can reduce the chance of it occurring again.

Homophobia is a serious issue and so, if your child does experience it, advise them to report it to a teacher. Get them to make a note of the things said. If they’re unable to approach a teacher, get them to choose another adult authority figure. Similarly, you can also ask them to reach out to a group of close friends for support, as our friends can be the biggest source of love, familiarity, strength and affection outside of the home.

In severe cases, where homophobia becomes either a threat of or actual violence, these can be reported as hate crimes. If your child has any evidence of these events, make sure they hold onto them.

In more hopeful situations, a child can be a strong pillar of reason and progression within a school community. If they have the ability and knowledge to speak to those being homophobic, teaching them why their prejudice is wrong and outdated, it’s more beneficial for all parties involved.

It’s worth remembering that the risk of homophobia may increase or decrease depending on the age of your child. In a lot of cases, younger children don’t even notice sexuality or gender. When they do, they most likely brush it off and resume their play. Younger children are also less likely to experience homophobic bullying from their peers as well, for similar reasons.

However, with older children, the chances of homophobic bullying are increased. Homophobia is a learned prejudice and kids are not born intolerant.

However, if they’ve lived with certain individuals who hold those beliefs or be influenced by certain parts of society, they may learn that prejudice and act upon it. So it’s wise to adapt your approach to resisting homophobia depending on their age.

It’s worthwhile teaching your child to judge every situation they find themselves in and whether it would be appropriate to pursue that course of action.

It’s worth reiterating that, in any cases of homophobia, a teacher or parent should be notified, as they’re the ones best suited to dealing with the issues.

Unfortunately, current federal civil rights laws do not cover harassment based on sexual orientation. However, some states do have both policy and law legislation that helps protect against bullying based on orientation.

For more information, you can explore the following resources:

If you’d like to explore some inspiring examples of the LGBTQ+ community in its fight for equality, with tales of activism and success, check out our Dadvocacy page. Here you can find news on the latest policy and law reforms, as well as how to get involved in the fight for equality for all.

How to Make Sure Your Kid's School is LGBTQ-Affirming

Gay Dads and Their Kids on the First Day of School

Teaching Your Kids How to Handle Homophobia at School

Homeschooling 101: Parents Guide to Education at Home During COVID-19

How to Talk to Kids About the US 2020 Election

Tips to Prepare Your Home For Virtual School