Joshua Perez's Rollercoaster Ride In and Out of the Closet

Joshua Perez, from Chattanooga, Tennessee, has had a rollercoaster ride in and out of the closet.

He had actually been an out gay man for a couple of years during which he even had a relationship with another man. But following their break-up, Joshua gave in to the tremendous pressure he felt to be “normal" in the small religious town where he lived. So he went back into the closet and married the first woman he dated.

Now 34 years old, Joshua recognizes that his decision to marry was also influenced by his longstanding desire to be a dad. At the time, he believed that his only path to fatherhood was through marriage to a woman. 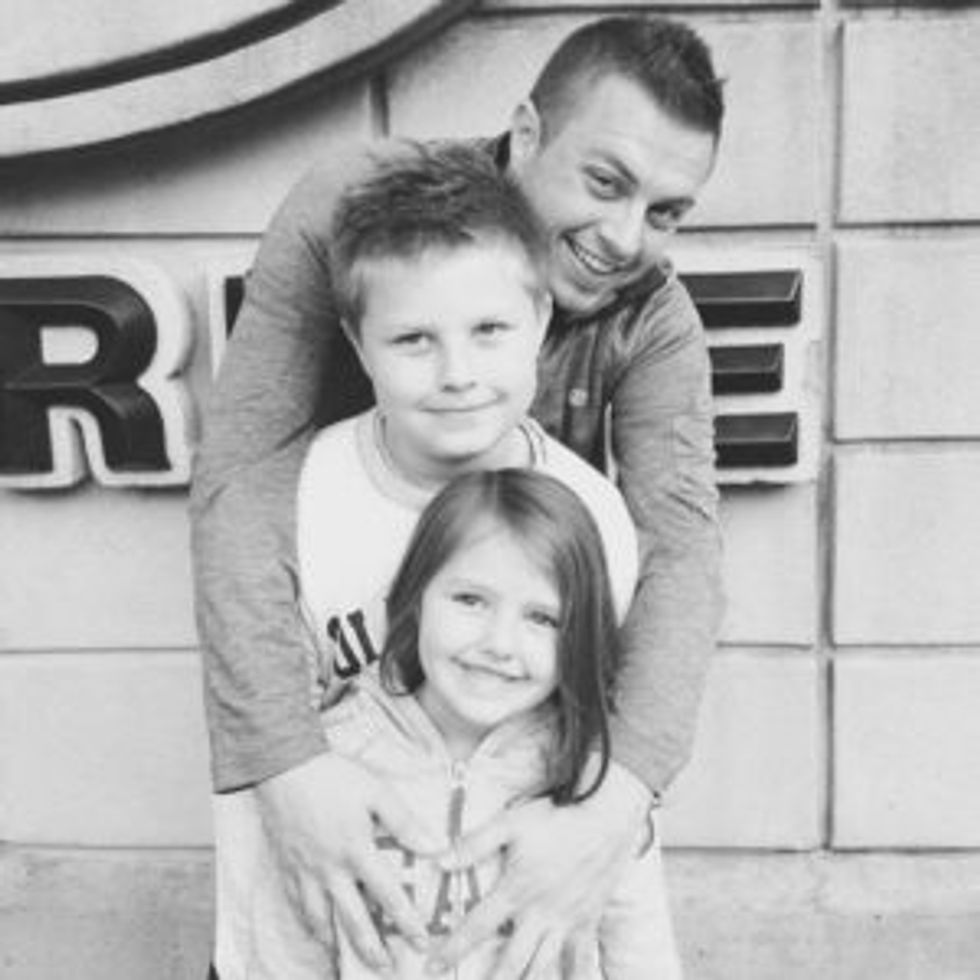 So far his story might not seem so different from those of other gay men who marry women out of pressure or fear. But, interestingly, Josh's mom is a lesbian. He shared that it was actually harder to tell her that he was straight (when he returned to the closet) after having previously come out as gay.

Looking back at his marriage, Josh says that he had a very happy and healthy marriage to a beautiful and strong woman who was faithful and loving. Their life was good and they were fortunate to have two beautiful kids together.

He acknowledges that messages he heard in church led him to believe quite genuinely that God would help get rid of his strong desire to be with men. And for almost ten years he tried very hard to ignore and distinguish those desires. He read books on the subject, attended seminars, recited prayers and went to counseling. No matter how hard he tried, it just didn't work. 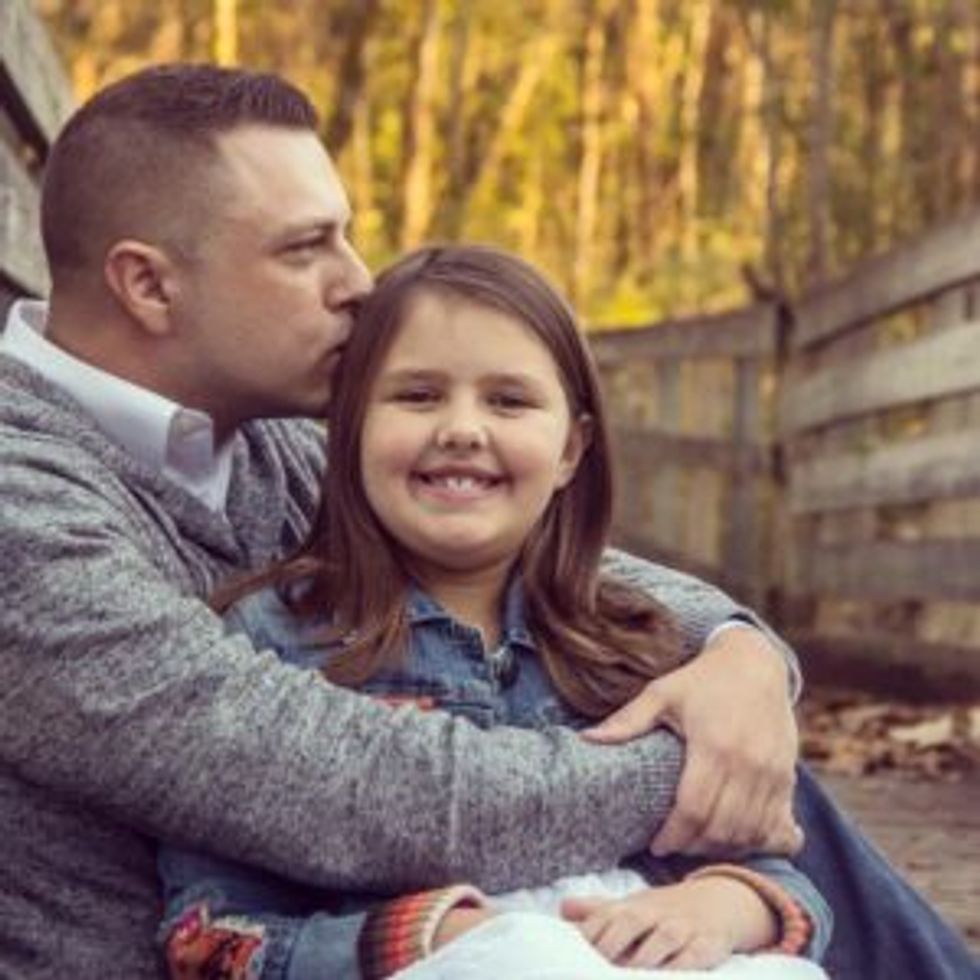 Eventually he started on a new journey that led to his divorce and his second coming out. It took some time for him to find peace with who he was. Not only was he a married father, but he was also a Christian pastor serving a local church. So for Josh to make this change in his life, he knew that he had to become “all in."

Today Josh is a single gay dad and, after peacefully ending his heterosexual marriage, he enjoys a very positive co-parenting relationship with his ex-wife. His children and family accept him for who he is and love him just the same as they did before he came out.

He admits that when his kids were younger it did take some time for them to adjust to the changes in their family and their dad's new sexual orientation. They'd giggle when Josh would mention that he was attracted to a certain man, but that awkwardness is behind them now. 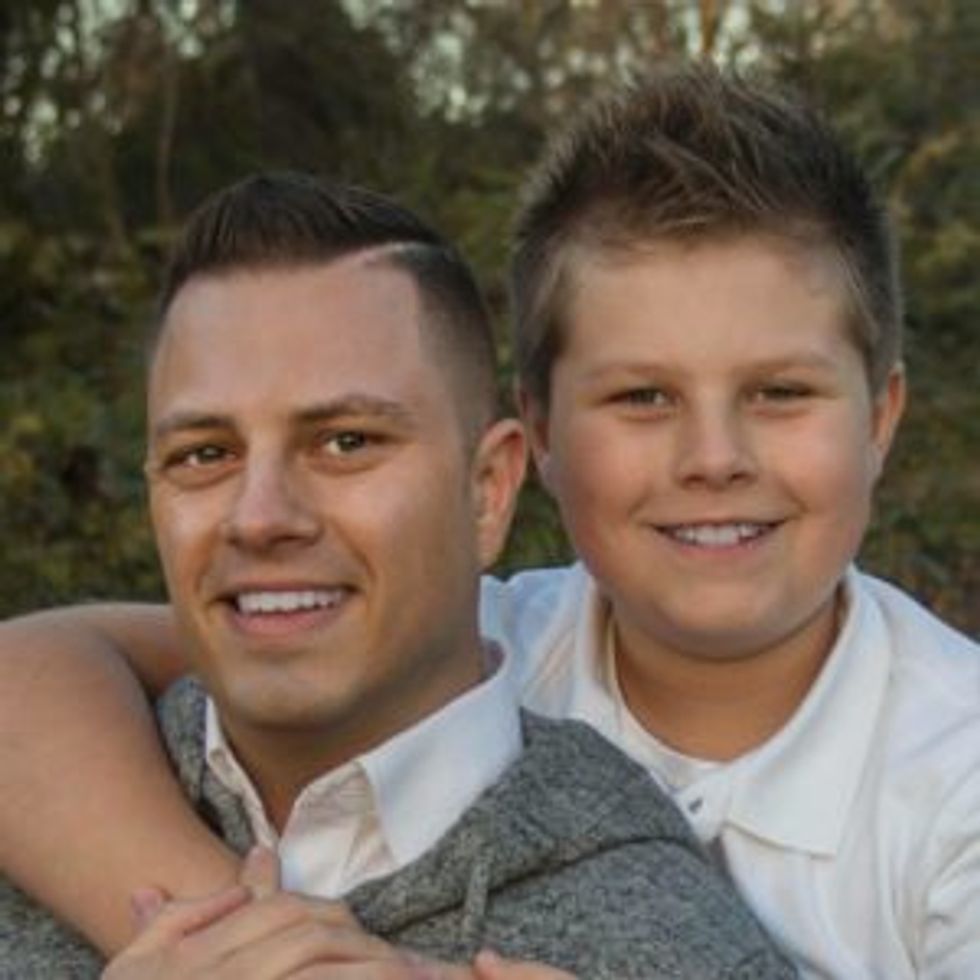 Gays With Kids was especially delighted to hear Josh declare that his life is more satisfying and fulfilling now than ever before. After coming out he started to take better care of himself by living a more positive and fulfilling life. He is healthier physically, mentally, emotionally and financially. He now identifies as an out and proud gay dad who finally loves himself. He has a career that excites and challenges him and his first book, “Satisfy Your Soul" will be released on September 30!

Josh wanted us to know that he shared his story on Gays With Kids because he believes his story can help empower others still struggling with life in the closet. (Editor's note: We couldn't agree more!) He also wants to remind readers that the secret to a healthy relationship is to be honest about who you are and who you love.

After Nejc suffered a brutal homophobic attack that left him hospitalized, he and his family have turned to advocacy to heal

Behind 'A Family of Their Own': The Personal Beginnings of My First Fiction Novel

Author Malcolm O. Varner explains the motivations behind his first novel, "A Family of Their Own."

Growing up without a mother and having a father who was mostly absent throughout my adolescence gave way to parenthood and family being touchy subjects for much of my adulthood. I can recall my twelve-year-old self asking what my mother was like, how she looked, what she did for a living, and why she had abandoned her own two kids. There's one day I keenly remember when my younger sister and I discussed our plans to write Oprah in hopes of reuniting with this woman we only knew from our dreams, but I ultimately never wrote the letter out of fear. And for the father who had raised me throughout most of my school age years, a man that I referred to as "Duck," I only called him dad once before he died in 2011. Although he did his best as a single father, our relationship was significantly strained by his drug addiction and incarcerations during my middle and high school years, not to mention my own effeminate traits. If it wasn't for my grandmother stepping into the picture after one of his jail stints, my attitude towards family would've been indifferent at best. She provided me with a stable foundation in life that included home cooked meals, a peaceful and meticulously decorated home, and enough love to let me know that there was someone in this world who cared for me. She was someone in whose eyes I was special.

Gay Dads Use 'TikTok' To Fight for Acceptance