Bud and Manuel of @TwoGayPapas shared with Gays With Kids their latest exciting project: a nursery rhyme album with beloved songs rewritten to include LGBT families! We're exciting to support this endeavor and share this guest post from the two dads. 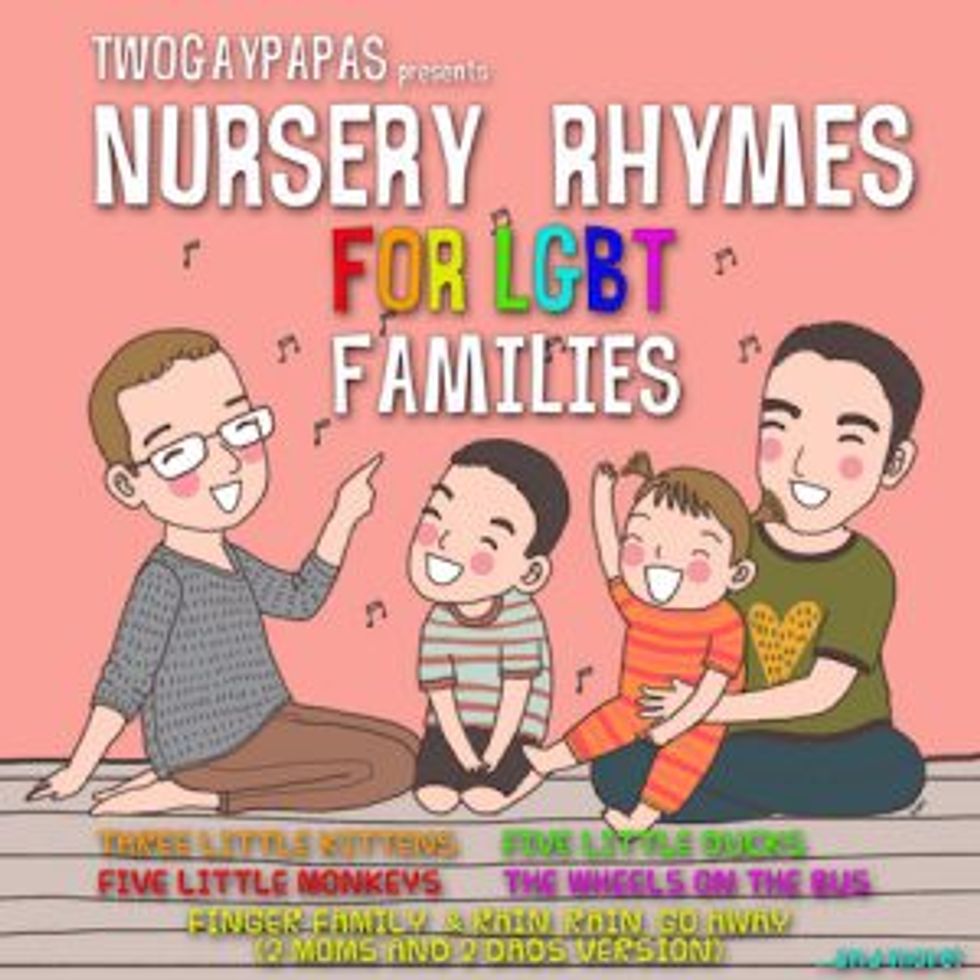 We are Bud from New Jersey (U.S.A.) and Manuel from Spain. We are fathers of two wonderful children born through surrogacy. Álvaro was born in 2013 just a year after we were married. (Same-sex marriage in Spain has been legal since 2005.) Two years later, in 2015, Carmen was born, completing our family and filling us with happiness. We live in Spain, but we frequently visit Florida where Grandma and Grandpa live!

Since Álvaro was born, we have sung tons of nursery rhymes and children’s songs, many of them on a daily basis. Every day, at every hour – in the morning, in the bathroom, in the car on the way to school, at meal time, at bedtime, etc. Really fun and catchy songs like “Five Little Monkeys” that the kids love and that get them singing and dancing and interacting with the song.

But for us, many of these songs provoke a bit of anxiety because every time we sing it it makes us think, “Ugh, this doesn’t represent our family at all.”  So little by little have we either started to mumble over the unrepresentative words and pronouns, or changed words, or in some cases just avoid singing the songs all together.

Until one day, not so long ago, in the middle of singing one of these songs, Manuel said, “This is so annoying, why don’t we just record the songs ourselves the way we want them to be?” And so the idea was born to start recreating many of the songs that our son and daughter liked so much, but made us feel uncomfortable. 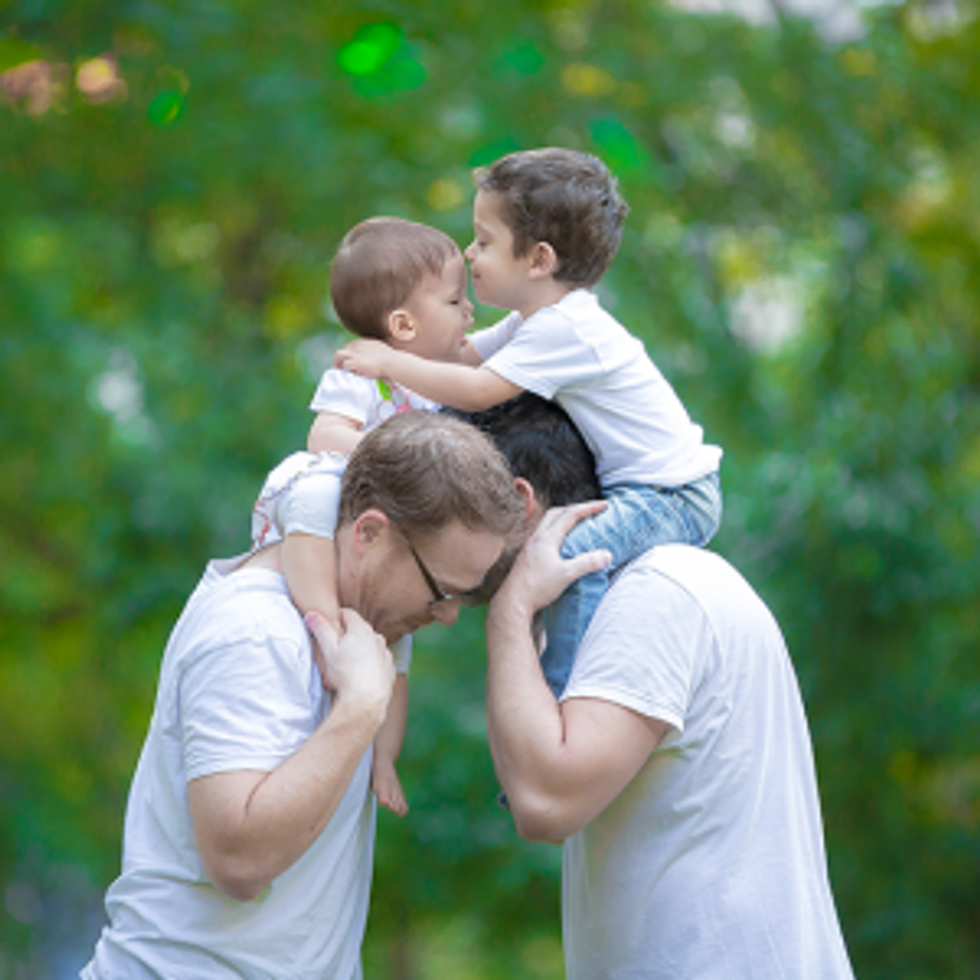 Nine songs have been adapted to a father figure or a family with two fathers. The songs include "5 Little Monkeys," "The Wheels on the Bus Go Round and Round," "Five Little Ducks," "Hush Little Baby," and many more!

Listen to the songs here.

The album also includes a bonus audio story told by Bud (just like he reads to Carmen and Álvaro every night) titled “The Little Firefly Who Didn't Want to Fly."

Visit their website here to learn more about the LGBT initiative, purchase individual songs, or buy the entire album!

As gay people, it can be difficult to find vacation spots that are LGBTQ-friendly out of the normal travel "fruit loop" — New York, Mykonos, San Francisco; repeat. For those of us with kids, the Venn diagram of destinations that are both queer and kid friendly can seem practically non-existent.

Fortunately, that's starting to change as the tourism industry realizes that LGBTQ families are a growing segment of vacationers. One city to quickly pick up on this trend is Miami. While the gays have long flocked to Miami for party weekends, the city has also recently noticed an uptick in the number of LGBTQ visitors who are parents. In response, Miami's tourism board release a guide, LGBTQ Family-Friendly Miami Vacation Guide, that includes loads of options for queer parents and their kids. Amid Miami's legendary circuit parties, it turns out, are tons of family friendly things to do — like the Museum of Science, an eco-adventure theme park, and other kid-focused events all year long.

"When I came onboard as Director of LGBTQ Marketing a little over a year ago, I found that our LGBTQ messaging was centered around our annual events," said Dan Rios, who works with the Greater Miami Convention and Visitors Bureau. Massive parties like the White Party and Aqua Girl are a central part of the city's LGBTQ offerings, he said, but he was also worried the city was "developing a reputation solely as a party destination. "I want to diversify that message to highlight everything else that Greater Miami has to offer."

Dan said the Bureau is also in the midst of a campaign that will prominently feature LGBTQ parents within different travel destinations throughout the city, which will be featured throughout both LGBTQ and mainstream websites, publications and advertising.

We applaud the effort to reach out to LGBTQ families, and hope more cities follow Miami's lead! Be sure to check out the guide here.

It's 'Full Speed Ahead' for These Newly Engaged Race Track Owners