Married. We've been together 16 years and met in a bar in Sydney. We were married in New York (Australia does not allow same-sex marriage) on March 28, 2012.

How Many Kids Do You Have? One son who is 3, turning 4 in September 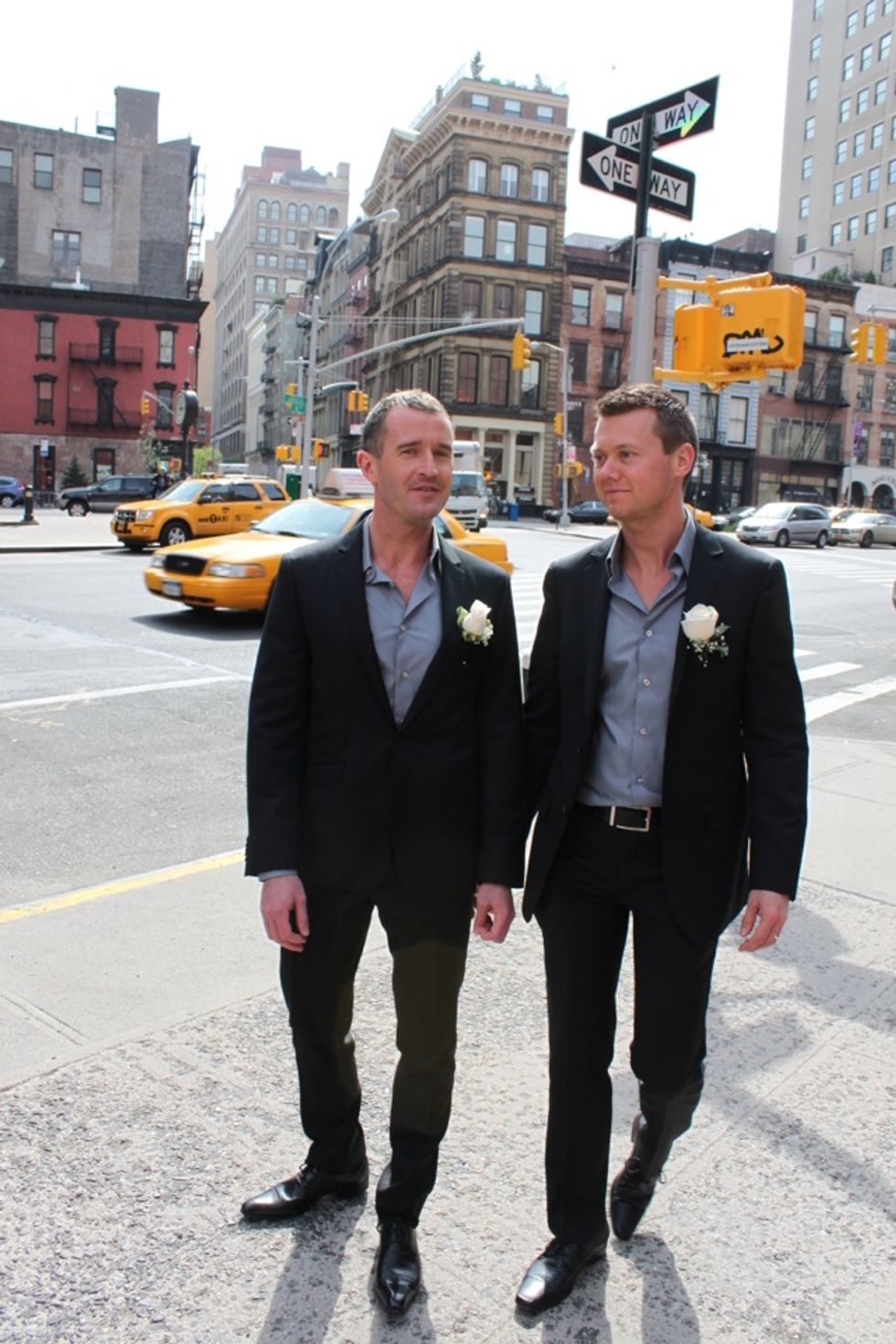 What obstacles did you face on your path to fatherhood? We had four failed IVF transfers so a lot of heartache, but it was all worth it once Levi was born.

Was there ever a moment that you or Paul experienced any serious doubts about your path to fatherhood or fatherhood itself? Probably, just around the failed attempts and having to create more embryos. The uncertainty of success and the ongoing costs were challenging. But we always believed if we kept going we would be successful, so we tried to stay positive.

What have you learned about being a dad? Patience! And you can live on a lot less sleep than you think! Also, learn to let go of some things... like a tidy house! We've learned how important it is to role model behaviors when we see the influence our actions have on Levi. We're shaping a life so it makes you want to be a better person for his sake.

Is there anything else you'd like to add? Everyone says it but it's true---being a parent is both the hardest thing you will do but also the most rewarding. I wouldn't change a thing.

Fill out this short survey to be featured in an upcoming family profile!

With Only 48 Hours to Prepare, Rob & Zack Become Dads

No two gay parents have the same family creation story, but they still have one thing in common — they inspire us.

Every week, we bring you the stories of gay men and their families. While no two of these stories are the same, one thing they have in common is this — they inspire us. Check out 10 (out of the MANY!) ways gay dads moved us in 2019!

Interested in Surrogacy? Check Out These Bay Area Events This Weekend

If you're in the Bay Area this weekend, two major events are happening that will be of interest for dads-to-be and surrogacy advocates: the Men Having Babies San Francisco Conference, and the SF Advocacy and Research Forum for Surrogacy and LGBT Parenting (ARF)

If you're in San Francisco or the surrounding area, clear your calendar this weekend. Two events are happening simultaneously that are significant for dads-to-be AND surrogacy advocates: the Men Having Babies San Francisco Conference, and the SF Advocacy and Research Forum for Surrogacy and LGBT Parenting (ARF). For an outlines of both events, check out below.

A Gay Dad Asks: Is Destroying an Embryo Similar to Abortion?