Family Movie Review: “Inside Out”

Good films play on our emotions. Pixar’s latest, “Inside Out,” goes a step further by making emotions the whole point of the film.

We’re treated to an inside view of the emotional architecture of young Riley, a girl who is adjusting to life in a new city and all the stress that comes with it. Her emotions are the main characters and their internal turf is the backdrop of “Inside Out.” From a giant control panel filled with switches and buttons, Riley’s emotions control the show, categorizing and filing memories away for later use.

Riley’s primary emotions are Joy (Amy Poehler of “Saturday Night Live” and “Parks and Recreation”), Fear (Bill Hader, also of “SNL”), Anger (comedian Lewis Black), Disgust (Mindy Kaling of “The Mindy Project” and “The Office”) and Sadness (Phyllis Smith, also of “The Office”). Joy and Sadness find themselves cast out into the outer reaches of Riley’s mind, leaving the impulsive Fear, Anger, and Disgust manning the controls that guide Riley’s emotional life. 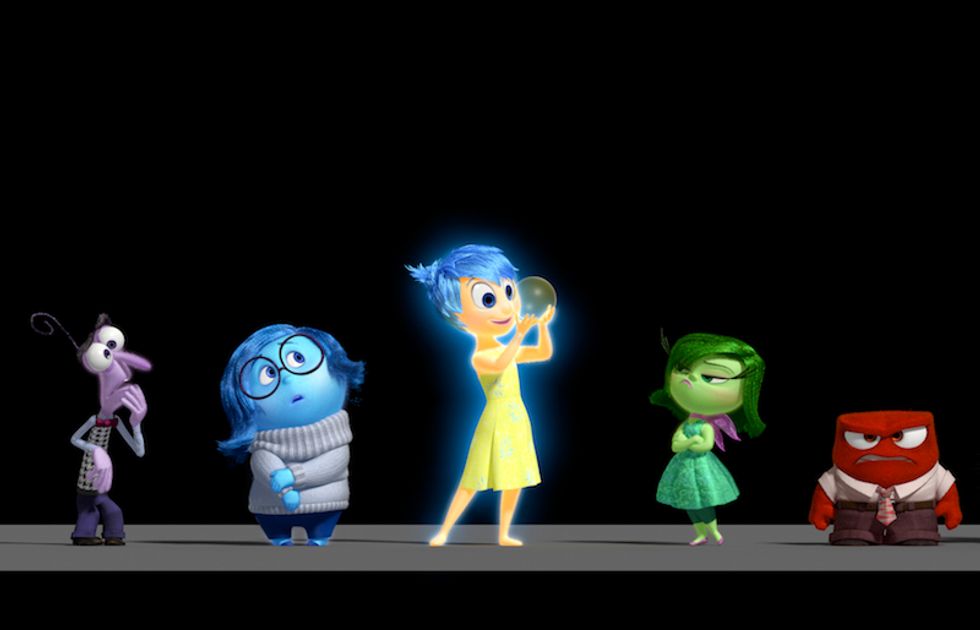 It’s Joy who usually takes the lead in Riley’s life, but on their trip back to Headquarters we begin to wonder if Joy and Sadness are truly opposite emotions. Are they both necessary in the big scheme of things?

We watch a visual map of Riley’s emotions and the “personality islands” built from her core memories and experiences. It’s all presented quite simply, which is a tribute to the genius of Pixar. As Riley encounters challenge after challenge in her new city the innocence of her previous memories and emotions begin to change.

Riley’s sadness never turns dark, but it’s a serious problem having Joy, previously her primary emotion, absent from the control board. Crying in front of her new classmates is the first catastrophe Riley experiences and it devolves from there. Each of her emotions thinks she or he has the solution to her problems.

The casting in “Inside Out” is stellar. Sadness, played by Phyllis Smith, is particularly amazing. She is both annoying and charming, always trying to get her hands on Riley’s happy memories. Lewis Black is a natural as Anger. He is incorrigible and can even shoot fire from his head if provoked. The others are equally great as they battle for the controls of Riley’s emotions. 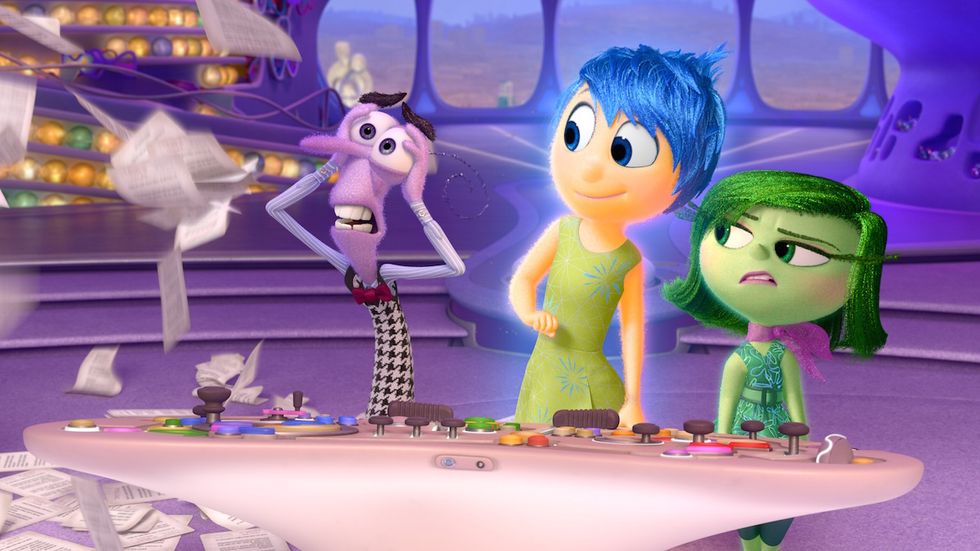 The cast is solid, and the script from Meg LeFauve, Josh Cooley, and Peter Docter is flawless. Co-Directors Peter Docter (“Up,” "Monsters, Inc.”) and Ronaldo del Carmen, a Pixar veteran, do a fantastic job of turning a seemingly abstract concept into a joy ride into the mind. “Inside Out” will join the list of Pixar classics, it’s just that good.

“Inside Out” is a perfect family film: It’s a fun and colorful journey for kids, but also makes for a great date night film for adults.