My Daughter Talks A Lot

My daughter talks a lot. And by "a lot" I mean pretty much all the time.

On our walk home from school today I asked her a question about her day and she launched into a long story. After twenty minutes, I realized that she hadn’t even answered the question yet. She was just getting started.

Her talking drives my mother crazy too.  “She went to sleep talking, and then woke up talking,” my mom said, after bringing her back from a sleepover.

In fact, she talks in her sleep, too. She was talking about tiny fingers the other night. And pickles the night after. She also yells out “no” followed by her brother’s name. Or her friend’s name and “those are my pencil crayons!” There’s so much going on in that six-year-old mind---so much she needs to get out!

“She advocates very well for herself,” her teacher told us on parent-teacher night. I thought that was a very diplomatic way to put it. “But I also have to remind her that I’m the teacher, and I’ll lead the class and give the lesson,” she added. 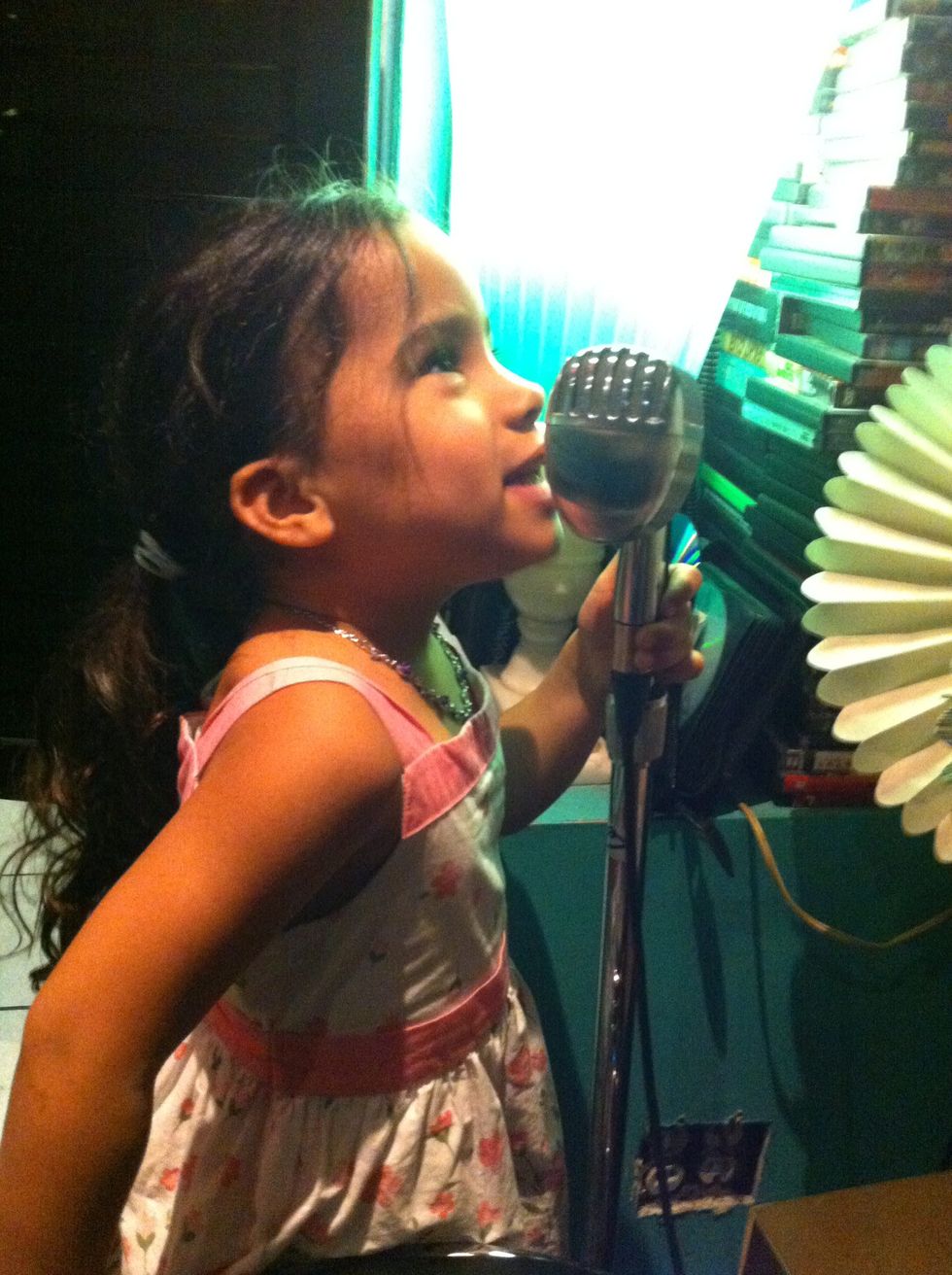 Her talking can be useful at times. During a long car ride the other month, our son asked his sister to tell a story and she obliged. She started the story of a girl and her brother, and a castle and a dragon. She took her first breath at about the 45 minute mark.  Then she kept going for another 45 minutes. She added another family and something about giants. Every once in a while she dropped in words like penis, vagina, bum and poop, which sent them into fits of giggles. It was a good way to pass the time.

Our daughter was a quiet infant. The adoption agency placed her with us hoping we could help bring her out of her shell. For the longest time, she just took everything in. She watched, she listened, she absorbed. Sometimes she still does---either in a new situation or when meeting a new person. But then she’ll start talking, and once she’s started….

Last year, our son was playing video games and our daughter sat on the arm of his chair. She went on and on about who was together with whom and who had broken up whom (and she was in senior kindergarten!) But it seemed so stereotypical – the male playing video games and not paying the slightest bit of attention and the female babbling on.

I'll admit, though, that even I tune her out at times. I’m just as guilty of not giving her my full attention.

But I will never tell her to be quiet. There are enough messages in society for girls and women to be quiet, to be seen and not heard, that what they have to offer is not valuable, or not to overstep their place.

I want my girl to speak up and speak out. I want her to be confident and vocal. And she is! She feels that what she has to say is valid. Whether that is due to her personality or her upbringing---or perhaps due to the need to hold her own with her brother---she is not shy at all.

I hope she remains that way.

The First Ever "Gay Dads Day" Was a Smashing Success!