10 Queer Politicians That Inspire Us

This year, there are a record number of LGBTQ people running for local, state and federal offices in cities and states across the country. The LGBTQ Victory Fund, which recruits and supports LGBTQ politicians, counted 850 LGBTQ people running for office this year. Moreover, many of these queer politicians are parents — or hope to be one day, which means we may soon have more elected officials who are familiar with issues and concerns facing LGBTQ families.

Here is our round-up of some of the queer politicians currently in office, or running for office, in 2020:

We have to start our list, of course, with the historic presidential run of Pete Buttigieg — who received national recognition after becoming the first openly gay presidential candidate in U.S. history. After coming out publicly in 2015, he married his husband, Chasten, in 2018. As a war veteran, politician, young person, and LGBTQ+ activist, he inspired countless people across the country during his campaign, which he suspended on March 1st, 2020. Though not yet a father, his advocacy and work to make sure people are heard, acknowledged, and respected will no doubt make him great parent — something that may be just around the corner for him. At a rally in 2019, Buttigieg announced that he and Chasten were planning to have a child soon — and he hopes that child will be "puzzled" that his coming out, and running for office as an openly gay man, was once newsworthy.

Sean Patrick Maloney, New York’s first openly gay congressman, married his husband, Randy Florke, in 2014. Joined by their three children, Maloney decided after 20 years of being together, it was time to tie the knot. His commitment to protect the LGBTQ+ community and making sure discrimination is handled with support from lawmakers has been a cornerstone of this agenda. He also prioritizes veterans issues, transportation, and agriculture. He represents a moderate district, and makes it a point to educate them on issues facing the queer community. 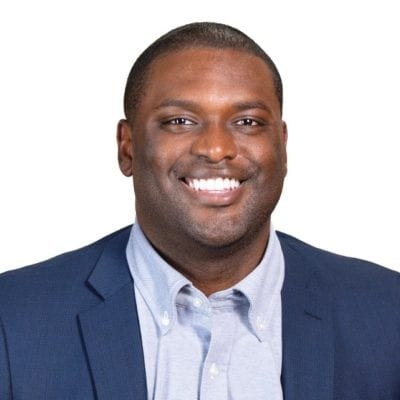 Mondaire Jones is the Democratic candidate for New York's 17th Congressional District. If elected, he has the potential to become one of the two first Black gay men elected to Congress, along with Ritchie Torres. Jones was born into a single parent household, lived off food stamps and other government assistance. He nonetheless persevered and graduated from Harvard Law School. As a lawyer, he has dedicated hundreds of hours of pro-bono legal work and has an organization that mentors adults who work with underserved students. His work ethic may get him places, but his heart is what will win him elections. He has made the Green New Deal, Medicare for All, and reforming police-community relations cornerstones of his campaign.

Ritchie Torres is the Democratic candidate for Congress in New York's 15th congressional district. After becoming the youngest person to ever be elected to the New York City Council, Torres decided to run for Congress in order to give back to the community that gave him so much. Torres has the opportunity to become the first gay Afro-Latinx congressmen if he wins the general election. Torres came out mid campaign for New York City Council and hasn’t thought twice about that decision since. He has made low-income housing and combatting poverty central to his campaign. 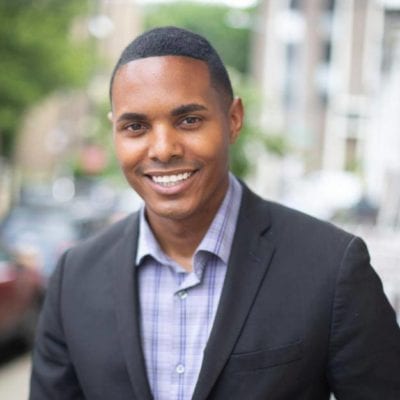 Phillipe Cunningham is one of the first Black, queer and trans elected officials in the United States, representing Minneapolis's 4th Ward. Currently, Phillipe has no children — but he is passionate about making a difference in the lives of youth. His experience as a teacher catapulted him into politics and education advocacy. North Minneapolis has a high volume of young people — as such, he has big plans for growth and development in regard to violence prevention, career opportunities, youth spaces, and extracurricular activities.

Shevrin Jones was the first openly LGBTQ Black person elected to the Florida legislature. He came out publicly via an announcement by Equality Florida, which is a statewide advocacy group for LGBTQ people, by being listed as an endorser of the organization alongside other openly gay candidates. He is passionate about giving marginalized communities opportunities to live a more equal life — particularly communities of color, those who have experience with incarceration, and the LGBTQ community. He has campaigned on issues like expanding access to feminine hygiene products in prison, LGBTQ rights across the entire state, and is a champion for respect and equality for all.

Malcolm Kenyatta is the first openly LGBTQ person of color elected to the Pennsylvania General Assembly — winning 95% of the vote in his district. As a newly engaged man, Kenyatta is pursuing re-election for his state house seat this year. He advocates for equal-pay, increasing equality for LGBTQ people, and ending mass incarceration. He is also an advocate for healthcare for all, regardless of income — affording care and medication to treat conditions like HIV to diabetes, he believes, shouldn’t be up for debate. Kenyatta also understands amid the pandemic, paying bills and providing food and shelter are top priorities.

Openly bisexual senator in Rhode Island, Sam Bell, defeated incumbent Paul Jabour, who has stated over the years that he opposes marriage equality. Bell and his wife stated they plan to have children — his plans to start a family motivate him, he says, to advocate for good public schools, a functioning health care system, and society free from gun violence. Bell is also known as an advocate for trans rights, economic development, and feels very strongly about building a proper infrastructure to fight climate change.

Brett Bloome is an openly gay man running for a judiciary seat in Milwaukee — if elected, he will become only the second openly gay male judge in Wisconsin. He and his husband, Chris, currently have two children. Bloome is a devoted father, while also fighting for the rights of other LGBTQ+ members, low-income individuals, and other marginalized communities. He served as an attorney for the Wisconsin Public Defender’s Office, while also working with the AIDS Resource Center of Wisconsin (ARCW).

While Colorado Governor Jared Polis isn't currently running for office, he is the highest ranking gay dad to be elected to a seat in the country, so we're including him anyway. Governor Polis won his general election in 2018, becoming the first openly gay governor in the United States. Polis and his longtime-partner, Marlon Reis, have two children. He built the foundation of his platform on public education and helping raise teachers’ salaries. Polis’s administration has been actively moving to a power grid that is 100% renewably sourced, which would result in clean energy, cleaner environment, and help fight climate change. He has said that his children are a motivation for his push towards greener energy, access to better education and resources, and finding ways to reduce costs for a more affordable healthcare.

Cameron Lineberry is a young journalist and dedicated advocate for the LGBTQ+ community. He has previously worked with MSNBC and a nationally syndicated morning radio show in Atlanta. To find out more, follow him on Instagram @cam_lineberry.

"A New Day Blooms" As the Biden-Harris Administration Begins

The Supreme Court May Allow Discrimination Against LGBTQ Foster...

Meet the LGBTQ Candidates Who Won Big on Election Night

Fired for Being Gay, This Teacher & Foster Dad Speaks Out

10 Queer Politicians That Inspire Us

What Did Gay Dads Think of the First Presidential Debate?

Top Lessons to Teach Your Kids About the Life and Legacy of Justice...