100 Things I Love About My Son

The other day at work a colleague of mine said, “Jeez, Dave, your kid’s super cute and all but don’t you ever get tired of talking about him? Any given day, you spew off hundreds of things you love about him.”

This got me thinking …

Top 100 Things I Love About My Son

11        He wants to be a fireman every Halloween. Seriously. Four Halloweens in a row.

18        He only eats the icing on cupcakes. (Preferably green icing. He’s all about keeping it natural.)

23        He asks how much money policemen and garbage men make? Clearly I’ve been rubbing off on him.

28        He has us drive around following garbage trucks every Wednesday before school.

30        He sloppily eats chocolate frozen yogurt with sprinkles without worrying about the globs dripping down his face and onto his clothes. 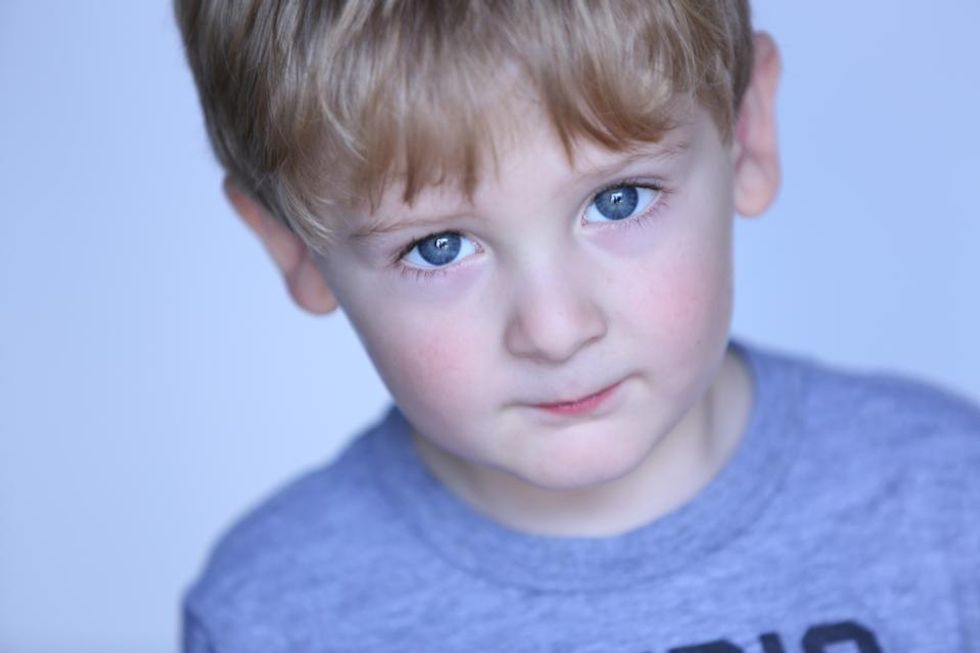 37        He makes me pay him $1 for behaving himself when we’re around important people I want to impress (like my boss, or the cute guy at Pep Boys).

38        He thinks he can speak Spanish, but actually only knows a handful of words – coche, camión, avión and tren ... shocking, right?

49        Every time he sees something advertised on TV, he says “I want that” even if it’s a Swiffer mop or hair removal cream.

54        He keeps life interesting and impulsive. Just the other day, he suggested we have ice cream before dinner. YOLO!

56        Lollipops can fix almost any problem… except cavities. 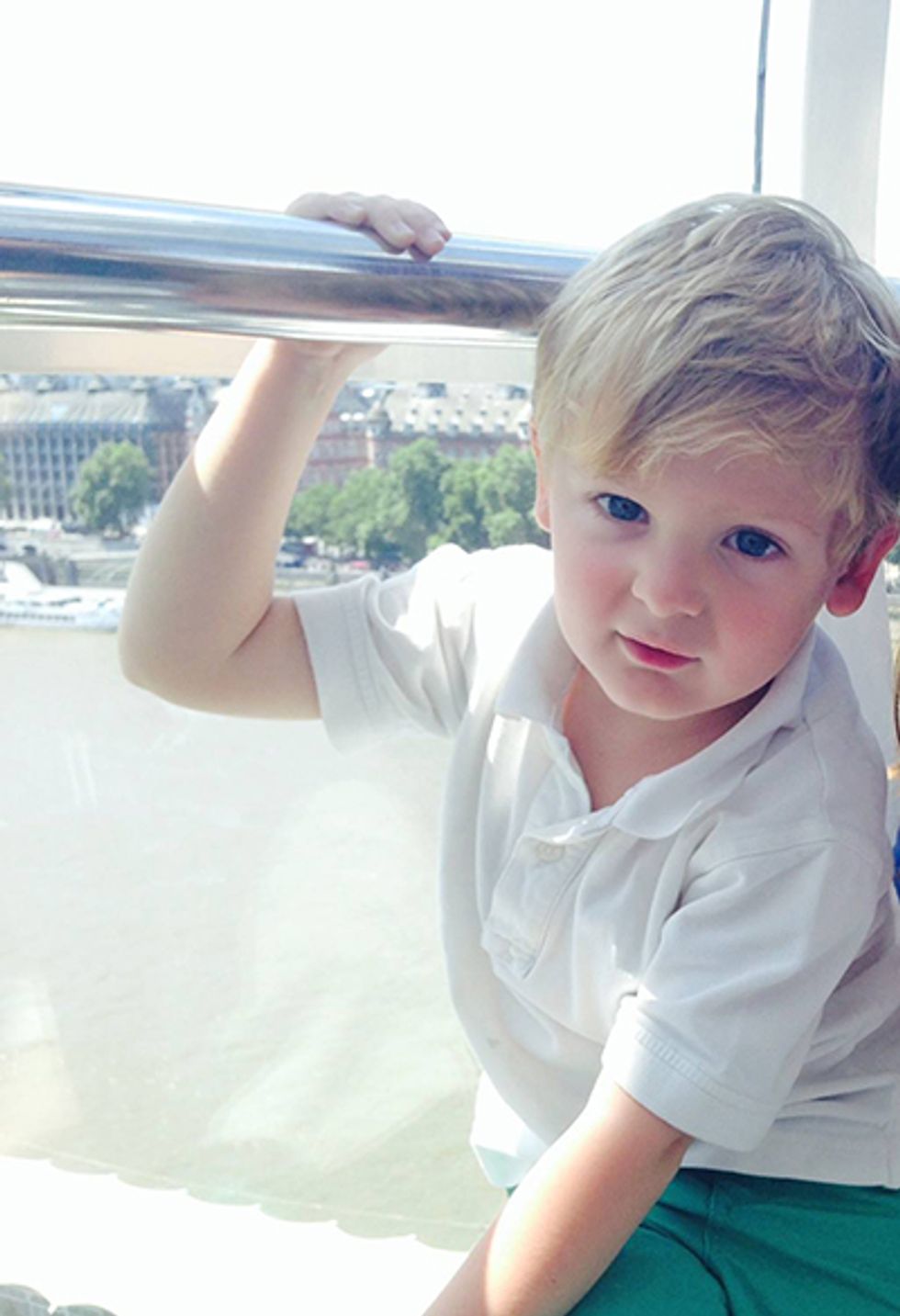 67        How brave he is and how willing he is to try new things (except vegetables and sleeping through the night).

69        When his cousin fell down and cried he gave her his chocolate candy to cheer her up. He has the makings of a true humanitarian, showing real concern for others.

72        How comfortable he is asking for help. Maybe too comfortable. Feed yourself, Max. You’re almost five!

74        He makes us call restaurants to confirm they sell French fries before we arrive.

78        He wants to buy his incredible nanny flowers every time we’re at the market.

81        He snuggles up next to me and listens attentively when I read him stories.

84        How lazy he is, always pleading with us to carry him everywhere. I would do that too if Alex could still lift me.

86        How possessive and protective he is of his Dads… especially when other kids try to hug us.

91        He pretends he’s the Dad and that I’m the child. He even makes me eat all my hummus and carrots … and threatens to take away dessert if I leave any.

92        He makes me wait until at least three friends show up before I’m allowed to leave his preschool and head to work. And the twins in his class only count as one kid because they’re “basically the same person.”

94        He rocks a mean Sesame Street guitar even when we’re in public places.

96        He wants to proudly show everyone his monster poops. (Thank goodness he cannot blog yet.) 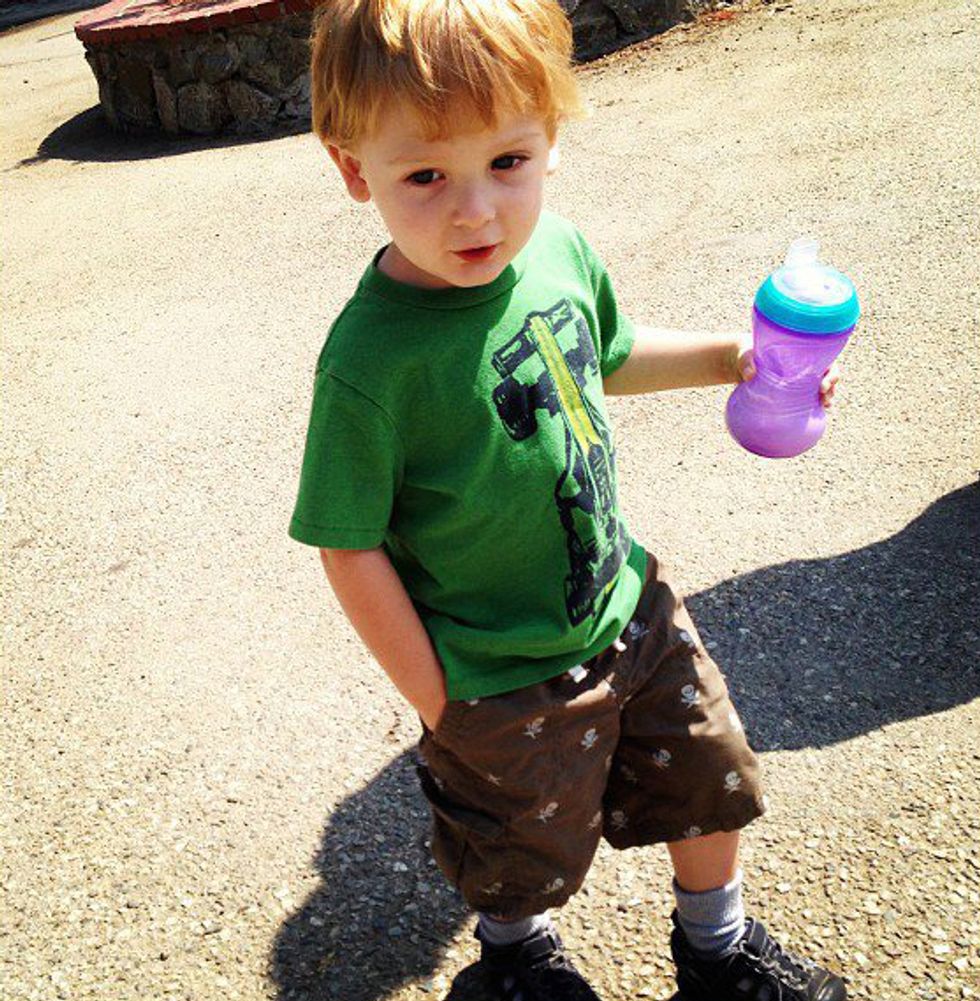 I never imagined I had this much love to give until Max came to us. He’s taught me that my heart and my capacity to love are constantly growing. I guess that makes 101.

P.S.     The colleague who finds my adoration of Max annoying was fired today. Coincidence?

Despite this mundanity, her family remained something to marvel at for much of her youth. When the family moved into a new neighborhood in 2006, it made the local newspaper, with a headline titled, "Gay Father Tests Tolerance in the Park Cities."

She and her siblings have spent much of their lives, she explained further, having to respond to the question: what's it like having two gay dads? For Langbert, there is only one correct response, which is: Amazing! "Any other response, even if simply accounting for a family's nuanced experience, might as well be an outright admission of failure on behalf of the entire LGBTQ community," she wrote.

Children of the 'Gayby Generation,' are also put in the position of having to come out on behalf of their parents, and "often with mixed results," she wrote. She gave the following anecdote as an example:

"My father was asked to step down from his leadership position in my brother's Boy Scout troop on account of his sexuality. Even though my siblings and I were only fourth graders at the time, we understood that our family was under strict scrutiny, and that even the slightest misstep could beget severe consequences for how competent our fathers were perceived as being. In the face of this pressure, the first generation of 'gaybies' recognized the importance of presenting their families as perfect; doing otherwise would only present ammunition to those already dubious about the rights of LGBTQ parents to raise children."

The entire article, which includes the perspectives of multiple now-grown kids that are part of the "Gayby generation," is well worth a read, which you can access here.